Now we can say the town has been captured by the Regime:

We are getting video confirmation from inside the airbase. Sohr said ISIS withdrew a few hundred remaining fighters last night and more a few hours ago from the area.

They did however launch 3 atgms at the rear areas hitting vehicles of the supply convoy:

Based on the SOHR numbers and the remaining 30-50 ISIS fighters inside Palmyra:

We can say SOHR estimates:

I am going to go off and stick to my earlier a guestimate that the regime KIA would be at least 300 and probably above 500 for the operation given that the losses were not reported and hushed. We got partial lists from social media postings and what was leaked by Regime logistical officers compiling them. Explosions and SVBIEDs on convoys continue. This is the SOHR number for three weeks, but we saw 110 names from mostly Tartus in the last few days alone, tens of Hezbollah KIAs, Friendly fire incidents and before that I linked to the BMPs plus tanks tanken out by ISIS on the surrounding ridges. There were ISIS videos showing Afghans ( I counted 5 dead with dog tags from the IRGC) and Russian servicemen killed in the city ( which again ISIS claimed 5 and showed 2)

ISIS KIA losses would also be higher because their non movable wounded would be killed on sight. That is something the SAA in this case doesn't have to worry about. It's a phyric victory in all senses of the word.
Top

Good thing ISIS is getting kicked though

ISIS struck back by breaching the outpost perimeter of T4:

Syrian soldiers playing football. Russian soldier guarding them with the gear on :

And looting in the background cause "Liberation!"

That doesn't look like artefacts unless it's LG's Kitchen Excavation series. 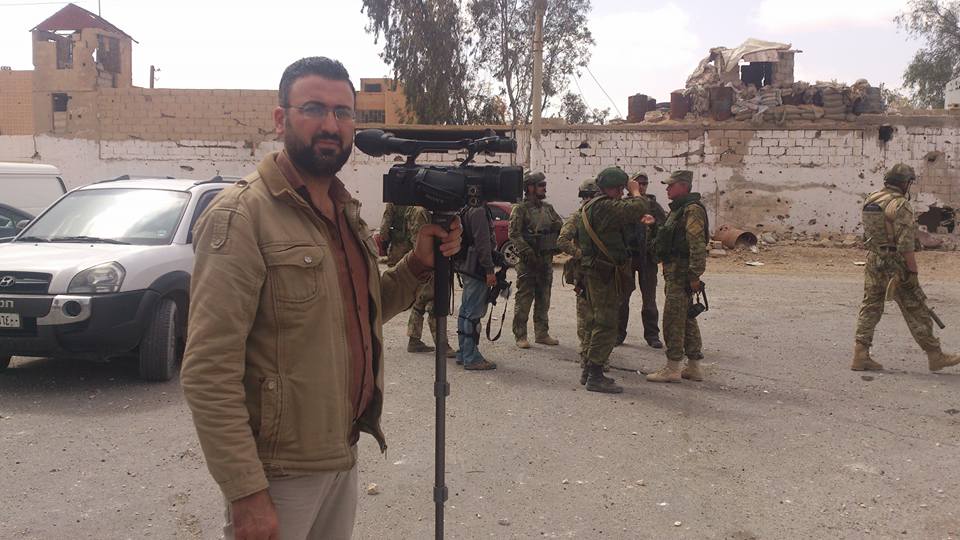 In short the regular SAA+ NDF is not of much use except for photo ops. The remainder of the SAA is 2000-4000 which are considered elite and can be seen as regulars. However it was those units that got handed the short end of the stick at Palmyra and underporfermed. Hence they are militias with favours, and 2 of their commanders died. For all other things the storming is done by a combination of IRGC troops, Hezbollah and Russian troops. SAA and NDF are used only as filler if they run out of shells to lob in.

Why not call it Alexander. Iskander is such a Turkification of the name. 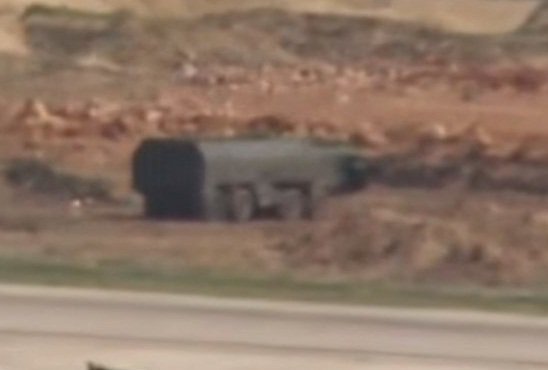 How did Russia react to the missiles in Poland? Someone has to refresh my memomy?

The reason I mention the attack that ISIS did today in the area is to illustrate that I do not think the cheering in the Arabic manner happening is all that justified in Palmyra. This might sound a bit racist but in the Arab world there's a thing that when they score one victory they think they can win every battle from here on. The casualties were horrendous for such a heavily covered assault, the bulk of the ISIS equipment and men seem to have gone out in three differnet waves and they retained the ability and fresh supplies to launch an attack in the same sector with overwhelming force while poking the outer layers of the regime defenses. That's the thing about these nut jobs and their insanity and their evil preaching. They are pragmatic and focused on learning from fights. Even if you check what was destroyed and what was looted you see that the theater wasn't touched because they decided probably no one would buy the stones that made up the seats and it wasn't worth explosives after the tombs were blown up.

They are literally an evolving virus of a combination of all the flaws of mankind, but the only evolving bit is their military arm. Everything else is a who's who of 19th century genocidal exploitation.
Top

Also the Iraqi army regulars and PMU are proving they are on the same crazy level with a murder reality TV:

Allegedly Jordaninan RPG32s got into the hands of the islamist militants in Yemen.

Syria is known to be the place where we test out new systems.

And while everyone is aware of the Kalibr and S400 deployements or the UAV usage in the area one thing appears to be missed. Namely the deployment (and battle testing) of the network centric command system we were developing for a long while. In Syria we were using various recon means, for example this forward observer set (this is not Syria):

with the airpower and arty, you could see 2009 vintage depiction of this integration here:

While those capabilities are not new per say (they were there for atleast half a dozen years) there is still a perceptions lag about our C3I, just like any other capabilities.

Yeah, I saw that when I woke up this morning. They didn't have much of anything last night.

Yeah, I saw that when I woke up this morning. They didn't have much of anything last night.

It looked like a terrorist hijacking at the start and ended up mimicing a Jerry Springer episode by the time the hostages were released.

On the Russian command and control systems here's a snapshot from the video on artillery command and correction from one of the hills around Palmyra: 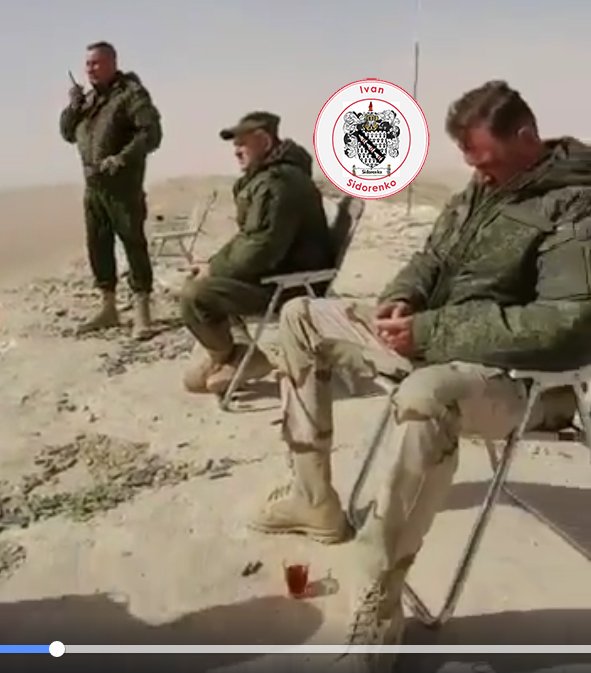 No clue what the liquid it. Could be apple juice from the colour. Could be rum. Advanced systems are required when you care about the soldiers inside the final day was human waves with Alawite recruits from the coastal being thrown at the thick of it because they were cheaper than shells and Russian Special forces creeping along the sides and firing from behind them.
Top

Allegedly Jordaninan RPG32s got into the hands of the islamist militants in Yemen.

That's AQ/ Ansar al Sharia in Yemen to be exact.

But if we're going to bring up the Saudi crimes in Yemen:

Attacks on desalination plants which are a warcrime. I want to stress attacks on desalination plants are a warcrime here. On Reddit Syria or Yemen Civil war people advising for that as a justifiable tactic get perma bans. But in Saudi war planning Desalination plants in certain areas of Yemen are a valid way to force Houthis back. Cause Saudis don't accept they do warcrimes or cause thousands to die in Mecca every other year due to incompetence... And the Saudis aren't racist generally and hypocritical in their political positions ... Nope... That's just what empirical evidence says about them.

Jordanians had nothing to do with this in my opinion. Think Qatar + Saudi + UAE. In Taiz Ansar al Sharia have a sort of cease fire with Qatari and Saudi backed groups to break the siege. In Benghazi it's a fight to the death. Middle East for you. Anyway the siege of Taiz is second fiddle to the Sanaa offensive in the Saudi strategy because it is that offensive and slow but steady creep that is forcing the Houthis and former Saleh backing factions to submit.