This thread is to (hopefully) stop discussions of "Who's got the biggest" in every discussion regarding the Eurofighter. If a moderator could put in a few of the offtopic posts that are in other topics to clear it up, it would be appreciated. 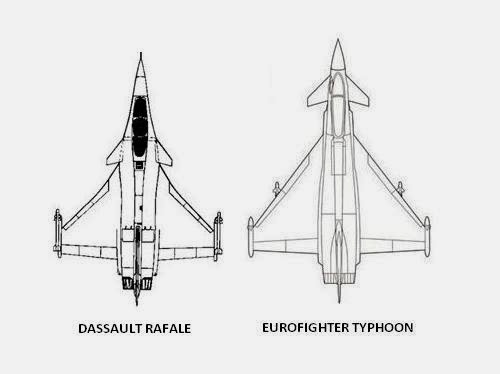 I'll talk mostly of in-game stuff, but with real-life documentation if I have it. I'll try to update the OP with as many links to relevant articles as possible.

First few things, a bit of background.
The Eurofighter and the Rafale were both born from the same original program. France decided to leave the program for its own plane because they had a different goal: They wanted a plane that can do it all, as opposed to a fighter-interceptor for the British and Germans (Since they have the awesome Tornado for ground attack). This resulted in quite different planes, albeit similar in looks.

1) Speed.
The Eurofighter has more powerful engines, but also a heavier weight. The power to weight ratio is, however, in favour of the Typhoon.
For all intents and purposes, the Eurofighter should, in game, be faster or have the same speed as the Rafale.

2) Manoeuvrability.
As can be seen in the first picture in this thread, there's a massive difference in the placement of the canards, those small wings/ailerons in front of the plane. The Eurofighter has them way ahead, while the Rafale has them close to the Delta wings. They are there for completely different reasons.

In the Eurofighter, the canards are there to create an aerodynamic instability that increases manoeuvrability, when supported by a computer.
For the Rafale, the Canards are there to redirect air going to the wings, improving its manoeuvres in high angles of attack. It is to be noted that Delta wings have taken advantage of years of experience and improvements with the Mirage series, and are therefore superior to the Delta wings of the Typhoon that are "young".

The end result is that while the Eurofighter can change directions much faster, the Rafale can keep turning for longer times and at lower speeds without stalling (partly due to weight). In game, the turn rates should be the same since the game doesn't simulate the reaction time.
It is to be noted that the Eurofighter may, in W:RD's context, have better turn rate, because it was originally intended to have thrust vectors that multiply the advantages of the forward canards, yet would have cost more.

The Eurofighter is more manoeuvrable, the Rafale is a better dogfighter.

3) Stealth/radar discretion.
First of all, let's get this straight: None of the Rafale or Eurofighter should have any stealth, at all. Their first versions (Rafale A for instance) didn't have any radar reduction planned (it was only asked later) and therefore shouldn't have any notable stealth, even if the design (intended to be a multi-role that's supposed to go through enemy defence and live).
Taking into account the name is F1, it implies the Rafale is the first production variant which had stealth features incorporated, so it should have at least poor stealth, maybe medium.
The typhoon's anti-radar performances aren't any better, but at the same time they weren't really in the original plan either (since it was planned as an interceptor-fighter). Stealth can stay low.

End result: If they're to be treated as "first batch gone accelerated", the Rafale shouldn't get any stealth (or at best "Poor"), nor would the Eurofighter. Otherwise,the French would get Poor at least, and the Eurofighter would get poor at most.

4) ECM.
Honestly, we don't know enough about this except leaflets, so it's a very hazardous to form a theory about it. I'd go and say make them both the same. It doesn't change much. 40% or 50% for both, take your pick.

5) ARMAMENT
This is where Eugen could be accused of French Bias. First off, the MICA IR is out of time frame. They should be replaced with R.550 MAGIC II.
Second, it seems that with my small knowledge the emplacements are wrong: It shouldn't have 6+4, but 4+2. Ideally, it should have 4 MICA EM (Semi-active ones, long range) and 2 Magic II on the wing tips, for a much smaller payload.. The Mica EM could however be more accurate.
The Eurofighter should replace its AIM-120A with AIM-120B (Not much difference, it's acceptable) and AIM-9M with AIM-132 (New weapon), though it's not mandatory. AIM-120B only if American planes get it too.

6) PRICE
With the aforementioned changes, the Rafale should have a price reduction down to 150-160, and the Typhoon increase up to 165-170

7) Availability & Veterancy
current availability was 2 Rafale in one card vs 2 Typhoons in 2 cards, and higher veterancy level for the French.
With the suggested changes, it would make sense to have 2 cards of 2 Rafale and either 2 cards of 2 Typhoons or 1 card of 2. Rafale being plentiful but "low" loadout, while Typhoon would be the plane with more ammunition and more versatile.


TLDR:
SPEED: In favour of the Eurofighter (Up to 1000 or 1100km/h)
TURN RATE: The same
STEALTH: "Poor" at least for Rafale, "poor" at most for Typhoon.
ECM: Probably the same, could be left higher for Rafale due to:
WEAPONS: Rafale down to 4 sem-act and 2 infrareds, Typhoon some weapon name change and perf increase for infrared.
PRICE: Reduced for Rafale, increased for Typhoon (negligible)
AVAILABILITY: 2 cards of 2 Rafale and 1 card of 2 Typhoons.

DeuZerra, well done on your unbiased post which provides an good overview of the two planes.

Question though, because you mentioned price. Do you think the vet level should be the same (trained I think) because I believe the EF had a lower vet level in the 1st beta.
Top

I believe vet levels to be work in progress, so not too shocked about it.

I don't think AIM-120B's really necessary, using the AIM-120A ahistorically can be explained away by alt-timeline with the AIM-120B being reserved for American prototypes to keep their A2A competitive.
Top

Thing is, even Americans don't have them in game

I'm assuming the Americans will get it with the loadout shakeup Graphic hinted at.

The US air roster was significantly worse as a whole than I was expecting it to be honestly.
Top

You forgot to say that they need to be 4 Rafales in this case and if we follow the actual logic, cut in half the number of EF you can take.
Top

To add. An interesting source on EF information is here:
http://typhoon.starstreak.net/Eurofighter/weapons.html


AIM-120B featured re-programmability and better processing systems which meant the missile was more accurate
AIM-132 was a long range SRAAM designed with a seeker that had 20km range but the ability to queue from the EF's systems to a range between 20-50km depending on sources.

AIm-120A was never purchased by the RAF/FAA. We immediately went straight tot he AIM-120B on both Sea Harrier and Typhoon. In the Red Dragon timeline the AIM-120C would be the prototype missile for the US. As such it is inauthentic and demonstrated poor "immersion" for the RAF not to have the AIM-120B. Obviously the US should have AIM-120A, AIM-120B and AIM-120C place on load outs appropriately. Given the missile is the same as the AIM-120A there is no reason not to have the AIM-120B as it is simply a stat change to accuracy.

I wouldn't quite put it like that dude. All stats are currently work in progress and many of them are skewed either way. This goes for France, UK, US, USSR etcetc. Given the game is not yet released and is in fact a WIP how is making such statements even helpful?