The DDR in Red Dragon This thread is a revised version of the same one in the Marshal forum, incorporating some of the feedback from it, and now put into the public forum to discuss with you. I know that an Eastern Block-thread exists and in fact, I support every bit of it. For the sake of structure, clarity, and comprehensibility I want to collect longer explanations and suggestions for the GDR in this separate thread.
For the EB-thread, see here
viewtopic.php?p=433660


General Characteristics of the DDR military:

The DDR military (Bewaffnete Organe) is mostly formed by the Nationale Volksarmee (NVA), the National People’s Army, the Grenztruppen (Border Guards), and various other units.
A DDR-Player has to expect being technologically inferior in pretty much every aspect, except light infantry weapons perhaps. The strength of the NVA flows from intense training and drill, which was highly respected by the Soviet high command and the Bundeswehr. Especially the infantry had a high state of readiness even down to rather simple reserve formations. In real life this came at the price of a total economic disaster, in game it should translate into veterancy boni.
In RD the DDR should be buffed in infantry foremost and since there are several options, this should be easy too. In terms of balancing, especially the Mot.-Schützen need to be cost effective.


The planned future of the DDR military:

The Volksarmee had 23 BMP-2 exactly one BMP-2(K) when the Wall came down. More were planned. Not a terribly important unit, but nice

In general what the DDR needs are upgraded versions of existing infantry and especially one new unit. I could accept more, but one is important: an elite infantry with MG to kill other elite infantry. Currently the DDR does lack such a unit, although it is vital. It does not need to be the Wach-Rgt. Dzierzynski, the DDR offers a big load of possible elite units which can take the role. Also with the new FIST in game, I think the DDR may also have it, perhaps replacing the Panzerjäger.

In the later 80ies, the FJB was expanded to a Regiment. For us it is the chance to upgrade the weaponry: STG K 90 (see below on that one), Igla, and RPG-7VR or better. We know from the SAS that such a unit is very nice.

History and Role of the FED:

The Ministry for State Security (better known as Stasi) always had a Guard troops, but they were radically expanded after the people risings of 1953 in E-Germany, 1956 in Hungary, and the Prague Spring in 1968. By the time the game starts, it is a massively over-strength Regiment and by 1989 it was a full blown division. Its declared goal in peace was to guard the Ministry, and in war to fight paratroopers and an uprising.
As a whole, the FED was somewhat of a select Mot.-Schützen unit having no conscripts but only volunteers serving at least 3 years, having an emphasis on operations in urban terrain in “diverse circumstances”, i.e. flames and chemical attacks. Then there were several so called independent units within the FED which were elite SF in every sense, like the Aufklärungskompanien.

For gameplay purposes I suggest making the FED into one elite unit specialized on killing infantry in close quarters.

With the exception of the 7VR, all these weapons actually were available in the FED historically, and the 7VR is likely to have been on the list.
Other options are Klein-MPi (i.e. Scorpion), MPi K, MPi KM, MPi AK 74, and SPG-9. Since the focus of the Regiment was urban combat, shortened weapons were very much preferred and more prevalent in this unit.

The STG K 90 is an indigenous assault rifle based on the AK 74, but better in every aspect.
Spoiler : : 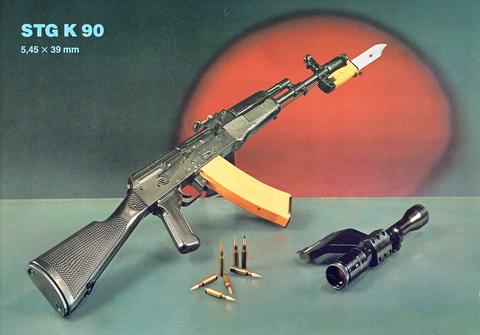 The K 500 is also an indigenous development based on the RPK 74 only with slight, if any improvements. It also looks pretty much the same for game purposes.

From the looks, they were very similar to regular Mot.-Schützen in the field. In game one could distinguish them via their helmet covers.
Spoiler : : A Mot.Schützen-regiment primed for naval assaults and amphibious operations, they could be naval shock troops.

It may be a bit of a stretch but with weapons like the Type 76 included, E-Germany could also need such a weapon, the SPG-9. It would make a fine fire support team.

We know the NVA had the command and control system 9S737, which was used to guide modern weaponry like BUK, Tunguska and others. Furthermore we know that FlaRakRgt 3 was to get the BUK in 1993, so it is a safe bet

There are very dense rumours that the NVA had already send officers to the USSR preparing training courses for the Tungunska and considering they wanted a replacement for the Shilka, at least a baseline Tunguska seems likely

The NVA had those!

Same goes for this one

The NVA’s frogmen would make a perfect addition in being a 2-men sniper team which the DDR currently lacks. Alternatively they could take a role like the SEALs currently have.

The DDR did not have SPW-80 but they are a logical progression in this what-if scenario, and not gamebreaking at all

I merely put that on the list for the sake of completeness, but it is not really necessary imo

I agree that we should add Dance Dance Revolution to RD. Somehow. It would add a whole new mechanic.
Top

I support this thread.

Nice thread at all, really.
But I think the 90s infantry units should get the Wieger weapons. 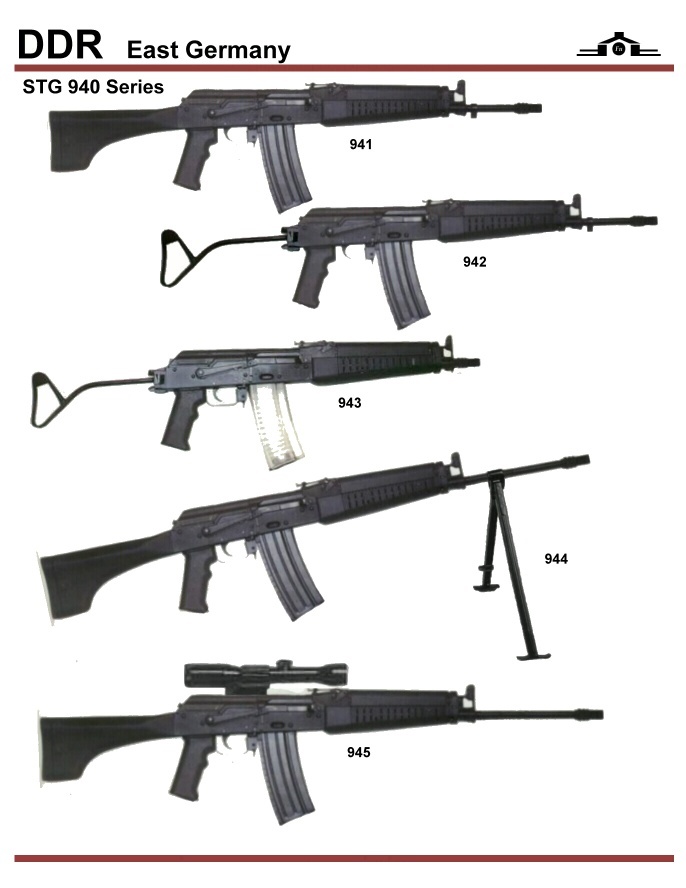 Lord Helmchen wrote:But I think the 90s infantry units should get the Wieger weapons.

The STG K 90 is a Wieger STG-94x, just with eastern bloc caliber. The STG-94x series itself cannot be used because it is an export only, NATO-caliber weapon. Thus only very few special units would have operated it.

The performance of the NVA infantry was rated highly by the Soviets as well as by the Bundeswehr, which does not mean parades but combat maneuvers.

I don't think going from AA to AT function for Spec Ops would be that good idea. It still could be considered for a dedicated AT outfit.
Top

If the gaurds regiment was trained in chemical scenario's and is mostly trained in anti-infantry roles, perhaps giving them a flamerthrower\thermobratic weapon for a NSWP Spetsnaz style unit!

Is the SPG-9 able to be shoulder fired? if not the B10 or tarasnice wuold probably be more sutible. I'm also hoping for an RPG-29 90's version too!

Lastly, I may have heard the MSR-28 regiment been suggested before, are they the ones with the lovely bright orange wetsuits?

This is an interesting thread. I'm hoping DDR gets most of these upgrades in the first DLC.

Users browsing this forum: No registered users and 30 guests