Was coming from INSIDE the Redfor faction! I'll light a candle in their honor.

And by candle I mean an Eagle engine on fire.

I have only one problem with yugo - their t55 cheaper and beter then every other variants,just slightly sad about it

terror51247 wrote:Minors in general are really overmodelled in this game.If one wants to do away with this then one should be prepared to play mostly ussr vs us/west germany.Even then too much is too much.The current yugo deck might very well outpeform the US deck which is something just plain wrong.The US was a superpower.Yugoslavia wasnt. 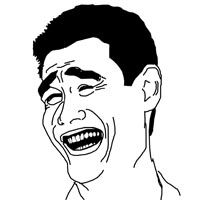 More drama please, this ain't enough... one Yugo player will singelhandedly outperform two US players for half the point cost.
Also this is far worse than the last DLC

The levels of hysteria going on here... delicious

Easy now. The last DLC was the Israel thread. That alone generated 40 pages of complaints (within the span of a single day if I recall). I dont see any mass hysteria anywhere regarding this. Mostly I see people complaining about hysteria.
Top

nuke92 wrote:Alternative would be handing out 23mm AP round to Maverick Orao, which it should have anyway with these improved aiming systems for strafing runs, twin 2 baralled guns with high rof and the fact that it is a mudfighter designed soley for ground support. It would make a versatile CAS aircraft.

Another thing is the 2 cheaper Orao versions locked at 750kph while Maverick Orao has 900. It may lack in arty, but why make the only bomber aircraft unsurvivable.

Should be quite accurate with guns and rockets.

IMO the different in speed between non-afterburner and afterburner is quite big, it should be something like 850 km/h -> 900 km/h as RL difference for speed was negligible, the after burning version was more useful for faster rate of climb and higher altitude but the attack pattern and speed was the same for both planes.

2 twin barelled guns should be there for all versions and AP is normal for a CAS plane. Romania had this type of ammo for those guns and I'm sure Yugo has it as well, should be the same with the guns from Finnish helos.

Now I don't quite get the outrage, there isn't any Maglan or 24 FAV there or tons of ATGMs that out range all other countries.

Also the comparison of Vihor with T-90 doesn't stand, the former is an imaginary tank given to NK. T-72BU remain superior overall to Yugo design and the accuracy of the Yugo design is comparable with the accuracy of Swedish and Finnish tanks which use about the same systems so I don't see what's the fuss.

non-RAD NEVA it isn't such OP as it looks, the price is huge and two per card is small, also it's very vulnerable at arty as any unicorn from Yugo support tab so my Commonwealth deck will mandatory have AS-90 and clusters may also be useful.

Than, being cost effective was one of the aims of Yugoslav planners. The number of soldiers that was to be equipped was big, they had no potential allies very close so they had to rely fully on themselves and I think the decks reflect this aim to self-sufficiency (upgrading obsolete equipment rather than phased it out e.g. Maliutkas) and cost efectiveness (a Maliutka is 2000$ so you can have loads)
Jassy-Khisinev offensive and Romania in SD2 thread

LTSarcasm wrote:As a tank nerd... <udina> THIS IS AN OUTRAGE! </udina>

I have to join in on the anger over vehicle of glorious design M-91 Vihor not having its 10 rpm auto-loader or ATGMs. What, is Eugen afraid to give the Yugos a better thank than the T-90? Because in every way outside of not having Shtora or Kontakt 5 (at the time, although it was designed to mount it when available) - the Vihor was a better or equal tank in every way.

It's TAPNA round was of broadly similar performance to the rounds T-72BU and T-90S get, yet no 23AP. No gun-launched ATGMs despite being equipped for it. New autoloader that is both higher capacity and faster firing (the oft-repeated 10 rpm number is true), although the rest I agree with as in game.

It really should just be the T-72BU with a faster autoloader, higher agility, and 70% acc. The Yugo FCS was extremely good, better than most Western ones of the time. But I guess being able to go toe-to-toe with the best of Blue isn't allowed for red.

From what I read it was not supposed to fire atgms, but yes, 10rpm should really happen.

Razzmann wrote:From what I read it was not supposed to fire atgms, but yes, 10rpm should really happen.

Rechecking my data, this is correct. I knew the FCS could handle missiles, but the Yugo domestic ones weren't equipped for it.
Top

Because of the type of terrain from Yugoslavia GLATGM was considered not important but the capability was added for potential Middle East customers.
Jassy-Khisinev offensive and Romania in SD2 thread

When I heard that JNA will be added I was happy but now Im sad that its ruined with infantry weapons.
Mehanizovana pešadija is using automat m-56-WHY not m-70 why why. Padobranci are using mp-44 the elite of the elite are using ww2 weapons. WW2 weapons were for T.O. and they were being replaced with m-70.

Dariock92 wrote:WW2 weapons were for T.O. and they were being replaced with m-70.

[/quote]
Just like we've done with most reserve units in the game ...

"The grass is always greener on the other side".
Top
Locked
2540 posts