VJ should definitively join to the fray, so that Zastava M53
can show that Redfor nations are also capable of producing sinister-sounding chainsaws: 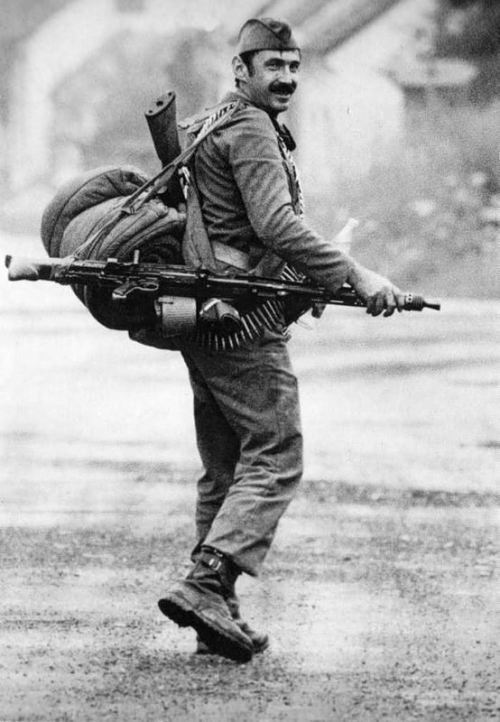 Red can into line infantry

Thread merged with the existing one. Please, for those nations already detailed earlier, used the existing ones for:
- it is the rule, and I am the Law!
- avoid spreading ideas over several threads: you may now have understood that I keep good watch on those nation request threads to complement my own army lists, and I rather keep all suggestions for a single nation gahered into a single thread.

I was hoping to see icehawks thread over here instead, but I guess this will do.

MG42? Sorry can't add it. Might bring out the weraboos.

Icehawk's list is a lot more detailed, also it has actual W:RD timeline (up to 91 non-proto) while this one iirc is from ALBish time (up to 85).
T-55AI Igman
T-55H-1
M-84A ERA
M90 Vihor
M95 Degman (debatable)
All these sweet MBT's are missing. And boy, Yugoslavia would wipe the floor with half of bluefor if it goes about own designed and produced vehicles.

"The first self-propelled Nora B(developed on basis of Nora C) was designed by MTI in 1984 (in that time no other country except SFRY had that kind of weapon today known with acronym TMG - Truck Mounted Gun) with a modified 152 mm towed gun-howitzer NORA M84 with 45 caliber gun mounted on an FAP 8x8 truck bed and was 3 generation of artillery weapons."

[EUG]MadMat wrote:Thread merged with the existing one. Please, for those nations already detailed earlier, used the existing ones for:
- it is the rule, and I am the Law!
- avoid spreading ideas over several threads: you may now have understood that I keep good watch on those nation request threads to complement my own army lists, and I rather keep all suggestions for a single nation gahered into a single thread.

Alright you asked for it Madmat: Yugoslavian infantry features impressive sniper rifles as well as RCL units as its use of manportable ATGMS is relatively late (Fagot, Bumbar in the 90s).

The Territorial Defense (TO) were a separate part of the armed forces of the former Socialist Federal Republic of Yugoslavia. The forces acted as a Home Guard which roughly corresponded to a military reserve force or an official governmental paramilitary. Each of the Yugoslav constituent republics had its own Territorial Defense military formations, while the regular army for the whole Federation was the Yugoslav People's Army (JNA), which also maintained its own reserve forces.

The Territorial Defense or TO were formed in 1969 as an integral part of the Yugoslav Total National Defense doctrine. The TO forces consisted of able-bodied civilian males and females. Between 1 and 3 million Yugoslavs between the ages of 15 and 65 would fight under TO command as irregular or guerrilla forces in wartime. In peacetime, however, about 860,000 TO troops were involved in military training and other activities.

The TO concept focused on small, lightly armed infantry units fighting defensive actions on a familiar local terrain. A typical unit was a company-sized detachment. More than 2000 communes, factories, and other enterprises organized such units, which would fight in their home areas, maintaining local defense production essential to the overall war effort. The TO also included some larger, more heavily equipped units with wider operational responsibilities. The TO battalions and regiments operated in regional areas with artillery and antiaircraft guns and some armoured vehicles. Using their mobility and tactical initiative, these units would attempt to alleviate the pressure of enemy armored columns and air strikes on smaller TO units. In the coastal regions, TO units had naval missions. They operated some gunboats in support of navy operations. They were organized to defend strategic coastal areas and naval facilities against enemy amphibious landings and raids. They also trained some divers for use in sabotage and other special operations.

The TO was helped by the fact that most of its citizen-soldiers were one-time JNA conscripts who had completed their term of compulsory military service. But TO recruitment was somewhat limited by the JNA desire to include as many recently released conscripts as possible in its own military reserve. Other sources of TO manpower lacked prior military service and required extensive basic training.

The 63rd Parachute Battalion (Serbian: 63. Падобрански батаљон tr. 63. Padobranski bataljon) is one of the battalions constituting the Special Brigade[1] of the Serbian Army. It used to be of brigade-size, but it has the status of a battalion within the restructured Serbian Army. It is intended for special, reconnaissance and diversionary operations deep behind enemy lines.

The unit was first established by the order of the Secretary of Defense in 1978. The unit was joined with the 282nd battalion of the JNA in 1988.

The 12th Naval Infantry Brigade (Mornarička Pešadijska Brigada) were the marines of the Yugoslav Navy until 4 February 2003 when it became part the Navy of the State Union of Serbia and Montenegro. The 12th Naval Infantry Brigade was headquartered in the 8th Naval Sector at Split but was later moved near Kotor, a coastal town in Montenegro. A small detchament was located at Novi Sad on the Danube. The brigade consisted of 900 to 2000 men in two or three battalions. As a multi-ethnic unit, the brigade was broken up during the Breakup of Yugoslavia, and it saw little action. The largest remnant eventually moved to Montenegro.

patterned after the French LRAC-89.

The appearance of M-80 is very reminiscent of an American rocket launcher M-72 LAW, but from his american rival M-80 have better accuracy and effective range.

The Bumbar (Bumble-bee in Yugoslavian) is a Yugoslavian ATGM with "soft-launch" with a primary ejection charge before the secondary missile propulson kicks in. Bumbar also have very good counter-jamming abilities. It also features a highly manoeuvarble direct thrust vector control system located at the missile's center of gravity. R&D were stopped in the wake of the breakup of Yugoslavia and was put on hold until later. In 2005 Yugoimport-SDPR begun marketing the extended-range version of its Bumbar (Bumble Bee) anti-armour guided-weapon system. Penetration behind ERA 1000mm of RHA system reliability higher than 90% Single-shot hit probability more than 90% 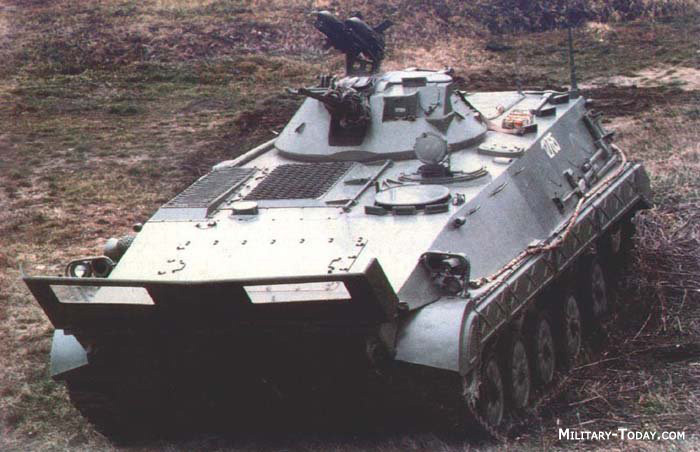 Heavy engineer APC based off T-55 hull. IRL circa 2000 development but a communist timelime could allow for this rare beauty to make an appearance

Users browsing this forum: No registered users and 61 guests