The range reductions for scale favour the REDFOR, and this is why I think so:

The Hellfire, or AGM-114A Basic Hellfire which is seen on most US attack chopper such as the AH-64A Apache, and so forth has an effective range of UP TO 8000m [2]. With the math applied 2800÷8000 = 0.35 x 100 = 35, or 35% of the original range which means the AGM-114 loses 65% of it's real life effective range where-as the Invar only loses 44%. WHY?... Why does the US attack helicopter get different deductions than the USSR tank? Why don't we compare these deductions to USSR attack helicopters, see if perhaps theres a bias?

The comparable USSR attack helicopter that's situated on par with the AH-64A is none other than the Mi-28, they both cost 130 points and both field an array of air-to-ground capable weapons. As mentioned above the AH-64A's main ATGM is the Hellfire which also previously mentioned had a reduction of 65% when scaled down to in game ranges. What did the Mi-28 get? The Mi-28's main capable ATGM is the Ataka V, or the 9M120 which is a series of missiles developed since the latter 1980s. The one featured in game is the original variant which has an effective range UP TO 5800m [3] This is less than the AH-64A firing the AGM-114A Hellfire but they have the same range in game? with the appropriate math, 5800÷2800 = 0.48275862069 x 100 = 48.275862069 or roughly 52%. That is a 52% reduction from the real life effective range to the in game effective range. Let me arrange this in a conclusive matter to place emphasis on the gross innacuracy

Why does the AH-64 get nerfed harder than the others? I thought this game was meant to be accurate?

NOTE: before people flock to Wikipedia ready to defend the Mi-28, and T-80UM I sourced information for the specific weapons fielding in game. The designations are different and the ones listed on Wikipedia would be the most modern.


[1] http://fofanov.armor.kiev.ua/Tanks/ARM/atgm/ammo.html - Source in which information relating to the MAX EFFEC. range of the 9M-119M was gathered from

[2] http://www.designation-systems.net/dusrm/m-114.html - Detailed page regarding AGM-114A, and its maximum effective range.

[3] http://www.zid.ru/eng/products/90/detail/212 - Page which discloses accurately the statistics and capability of the 9M120 Ataka missiles series.
Top

Standardization of weapon ranges happened. It's easier to balance AA against set ranges like 2800m.

If the hellfire range was increased, then all subsequent AA pieces would have to be buffed in range to compensate. Helicopters cannot use nap of the earth navigating in this game to their advantage. Because of this, all ranges have to be compressed and simplified. Most maps are relatively flat and an increase in AA ranges would significantly hinder older systems. There would be a point where the AA bubble would stretch half the map.

Also, you cannot compare TGMs with air launched Hellfires. There was not a deliberation at Eugen to buff one side in favor of another. There are plenty of underbuffed and overbuffed BLUEFOR ATGM systems as well.

Maybe in a future wargame we will have realistic ranges and engagement envelopes, however this is a game and balancing takes priority.

Besides, the 2800m Hellfire out-ranges most AA platforms already.
Spoiler : :

Invars barely hit anything with their accuracy, and are only equipped on high-tier high-cost soviet tanks. Realism was never used as an argument for those ranges in the first place.

I would bet that two Bradleys w/ Tow-2s (even though they're slow) would beat a T-80U over open ground. A 70% accurate missile on a relatively cheap IFV w/ armor hits way above its weight.
Spoiler : :

This is done for game balance purposes to make them play better with AA systems, both aircraft and HELO atgm systems have compressed range scales (as do many missile AA systems). It's all done so the ecosystem meshes better together.
Projectnordic in game! will likely see you on pact/red dragons/french!

Show us where the Invar touched you.

Accept Roki Vulovic as your Lord and Saviour today and beware of the false prophet, Jesus Christ
Top

No. I hate the argument of being balanced as a reason for inaccuracies. If it was 'Balanced' the Mi-28 would have the exact same stats as the AH-64, but instead it's faster and has better weaponry. Why is hit and miss ? Why do some units get inaccurate stats and others don't. Considering both cost the same amount it just seems like EUGEN is trying to glorify the Mi-28. I won't stop here. I'm currently at university and will be doing a full analysis when I get home
Top

Countess Bathory wrote:Show us where the Invar touched you. 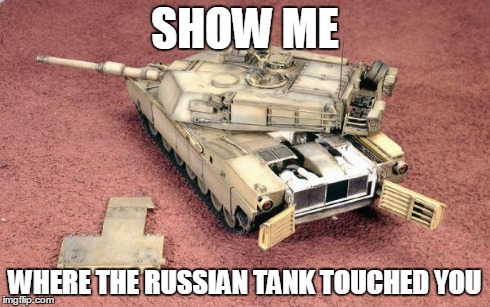 Not only are you comparing weapon systems cross platform (Aircraft missiles are scaled down much more than infantry RPGs, for example), but you are somehow constructing a biased argument out of the scattering of 'evidence' you've collected.

This is a game, not a simulator. Ranges are balanced as per the ecosystem of AA ranges, ATGM ranges, accuracy etc, so that everything has a counter.
A brilliant plan from the dirtiest euro-hippie: get US players to pay me for a game that I then show them how much their military sucks so I can feel better about being a communist.
Top


Things are scaled down and standardized for simplification and balance, there is no bias towards PACT or NATO in either case.

Users browsing this forum: No registered users and 37 guests