We are pleased to finally deliver this second free Map Pack ... and way before 2016, as some vile rumormongers would make you believe

The Pack is being uploaded on Steam as we speak, and will automatically download on your computer. If not, reboot Steam.

First! Wow, so many changes.
Edit: My British armoured deck thanks you very much Eugen!
Last edited by Greyhound on Tue 8 Dec 2015 11:46, edited 1 time in total.

Okay, so reduced CW only good vehicle to 1 card...

Can we have the L5a1 and L23 and RARDEN buffed, given that the GROM now outshoots the L5a1 especially? As the "brits" at least if you dont use a 120mm gun you are going to have a max accuracy of 25% right now other than warrior 90 iirc?

At least so then CW has something else that can fill the gap in the vehicle section?

I mean, damn GROM is better than most of it now

Peace to the Shacks! War on the Palaces!-Georg Büchner
Top

What about CW tanks?

... and Malware-free banner too!
Top

are fixes in pipeline for similarly bugged Il-102, B-5, and several REDFOR ship cannons? (all at 2 suppression instead of what they used to be before DLC 3) 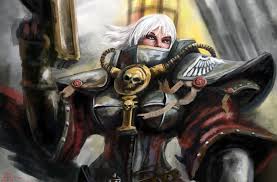 I am loving this! All of it!