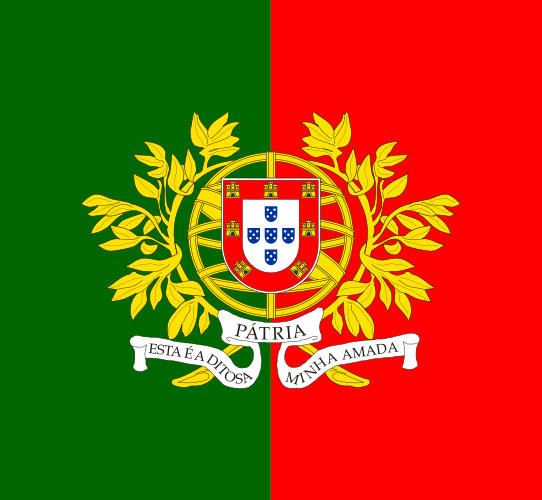 The nation pack Pandora's box has been opened. And so, proposals for nations big and small have been cropping up, which might lead you to think we're getting into nation pack silly season.

And that's because we are. But only good can arise from the products of curiosity and dedication. Pipe dreams, maybe, but that's how everything starts. And this was no exception.

And this is World War 3 (probably). And everyone fights. No exceptions. And so do we.

In Wargame's timeframe, Portugal's military is in a flux. After 15 years of (successfully) fighting a three front war thousands of miles away from the mainland with paltry resources, no Western support and against better equipped Soviet backed guerrillas, the adjustment from insurgency hardened and molded armed forces to a more conventional focus in keeping with their role in NATO was not easy. The Colonial Wars left a cadre of highly trained forces, but drained resources direly needed for mechanized warfare focus that was no required. Still, as always, we endured; acquired what we could, adapted what we needed. Desenrascanço is a core skill of our nation after all.

This potentially dire scenario would understandably leave many wondering about the effectiveness of the Portuguese Armed Forces, and how would they ever fit in Wargame. Even without those predicaments, our status as a small country with a lagging economy simply doesn't lend itself to a strong military, or to the production of interesting indigenous units. And indeed, our strength and uniqueness simply lags behind fellow BLUFOR nations in the game.

But perhaps not as much as you think. We can fight. And NATO's vital resupply lanes and bridgeheads to Europe will hold.

(note: not all pictures were taken in timeframe)

As for coalitions, most would seek to pair us with Spain, which isn't without merit, but by far the most apt coalition is the Anglo-Portuguese Alliance. First established in 1373, it is by far the oldest military alliance still in effect. Let me reiterate that last part: still in effect - it has been invoked, and heeded, during WW2 and the Falklands War. With the exception of the 60 years of Spanish dominance during the Iberian Union (and a few hiccups here and there), Portugal and England - later Britain - have been the oldest allies this world has ever known.

On a personal note: this was not easy to research. I should note I am not an expert on our armed forces, nor have I been part of them: this research was entirely done on this screen. But you'd think (and I thought) information on a NATO member's armed forces would easy to find. Not in Portugal's case. And even know, a few items such as specific missile variants and individual variant acquisition dates remain unknown to me. It's no wonder a number of sites not only fail to report our actual strength, they report units we never acquired, such as M163 Vulcan's (I'm looking at you, Jane's). This sort of obscurity does nothing to bolster the image and accessibility of our armed forces.

I would like to end by thanking /u/HrcAk47, whose far more extensive and better documented Yugoslavian proposal was the inspiration for this post (and whose format I blantantly stole), all the sources of information and photos I met throughout my research, everyone who decided pasting watermarks over rare historical photos is acceptable, and of course, the reader. Thank you.
Last edited by Broth3r on Mon 12 Dec 2016 16:48, edited 2 times in total.

Actually that could make a quite cheap DLC since it's only mostly reskins. Some nice units but not that much "flavour".

What bothers me a bit is the lack of a "heavy" tank but IMO in a coalition with Spain it would bring in a little fun. Though IMO not a top priority nation.

I wouldn't accuse any nation whose proposal involves M5 Stuarts and A-26 Invaders being used in the 80s of being flavorless.

Imagine a historical scenario where war breaks out, it goes poorly, and Portugal is one of the last remaining ports for REFORGER.
pop %rbp
ret
Top

And it wouldn't even be that bad when combined with Spain - Portuguese light infantry would actually compliment the Spanish OOB rather nicely. AR-10s and MG-42s, what's not to like?

I'll be reading it all later though.

Pfft, WWII was for chumps. WWIII is where the real world powers come to fight.
pop %rbp
ret
Top

Nemo KB wrote:Pfft, WWII was for chumps. WWIII is where the real world powers come to fight exterminate themselves and the rest of the world with nuclear weapons.

Well, that was... complicated. A lot of people attribute our neutrality either to Salazar's strategic acumen (bullshit) or the German sympathies in the fascist regime (true, but not the decisive factor).

The fact is the Allies, and in particular our oldest ally, Britain, didn't want us to enter the war for fear that would throw Spain heart and soul into the arms of Germany. Our cooperation with the Allies and theirs with the Axis was high enough that was a legitimate risk.

I think Paratroopers with MILAN would be rather cool; basically US Light Infantry but with MILANs. For that matter, Shock ATGM Infantry is also pretty unique!