axnone wrote:does the figure “6” include IFV variants or just inside the TNK tab?

Apparently the IFV is not counted.

feeblezak wrote:Presumably this Merkava will have 6 rounds of ammunition and a dismount of four?

What other transports do you know that limit the number individuals that can be inside?

Killertomato wrote:I did forget, but I honestly don't think the 1B will make it and I don't think they'll remove any of the others to put the 3B in. My guess is at the top you'll have the 2D as a K1-type vehicle, the 3 as your M1A1-type tank and the 3 BAZ as death on wheels. It would be nice to have the 3B but what would you displace? One of them has to be an APC, the 1 is in for Cat C, the 2B is before us, and the 2D seems like a no-brainer.

The previous time MadMat said there'd be six Merkavas, he said he didn't count the APC version among those six.

M2s or HUMVEEs carrying 10 men inside. You don't have to look at past versions.

I don't understand why so many people think the Merkava will be any sort of troop transport. It won't!

It was not, is not an APC. It was never designed to carry infantry. And even when it DID carry infantry, it had to dump all its ammo and the infantrymen would sit in a VERY tight and uncomfortable space, limited to maybe 4 soldiers with gear.

The only times a Merkava will dump its ammo to accommodate troops will be when there is no ambulance around to carry the wounded out of the battlefield.

There are enough APCs in the IDF to warrant the Merkavas will always stay focused on their intended role.
M113, Achzarit, Nakpadon, Nagmachon are some of the older ones.
Namer and Eitan 8x8 are the newer ones.

And even though the Namer is too new to be in game, the Achzarit and Nakpadon can very well serve as the armored hulks that carry infantry into contested urban environments.
Top

Too lazy to search right now, but wasn't there already a statement by MadMat confirming an early Merkava version to be used as an IFV?

Mighty_Zuk wrote:I don't understand why so many people think the Merkava will be any sort of troop transport. It won't!

Maybe they think that because it has already been confirmed by Eugen?

Mighty_Zuk wrote:I don't understand why so many people think the Merkava will be any sort of troop transport. It won't!

It was not, is not an APC. It was never designed to carry infantry. And even when it DID carry infantry, it had to dump all its ammo and the infantrymen would sit in a VERY tight and uncomfortable space, limited to maybe 4 soldiers with gear.

Nah, you could get like six people in the ammo compartment if you drop all the ammo. And, well, we think the Merkava will be any sort of troop transport because MadMat has been hinting heavily that it'll be one.

Actually, I checked what MadMat actually said, and I was wrong; it was the Pereh he said wasn't counted as a tank. So there might be five TNK Merkavas and one VEH Merkava.

What about arty?
I would be sad seeing Paladins as the main Israeli howitzers...

What about the "Sholef"?
It is using a Merkava hull so it could be like the USSR "MSTA". 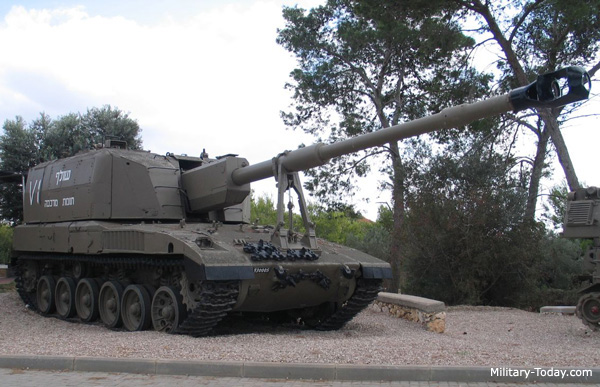 It had a longer barrel than the competitors which led it to have more range (45 KM compared to the 13-30 KM of the M109!), it could also fire 15 seconds after complete stop and carry up to 75 projectiles (according to Wiki's resources).
According to Wiki the fire rate is quite slow.

Would surely be a prototype since the project was canceled.
Join other Tactical mode players on: http://steamcommunity.com/groups/tacticalrd
Top

I just hope we get Merkhavas Mk1,2D,3,3B and 3Baz... Whether or not we get 2b isn't as important I guess because like someone said, the Magach 7 and 6B kinda cover the same area. But we definitely have to get the Magach 6B and 7, those will be awesome. Is the Pereh included in the DLC?
The USA should have the B-2 Spirit stealth bomber, it was first flown in 1989.
Top
Post Reply
167 posts