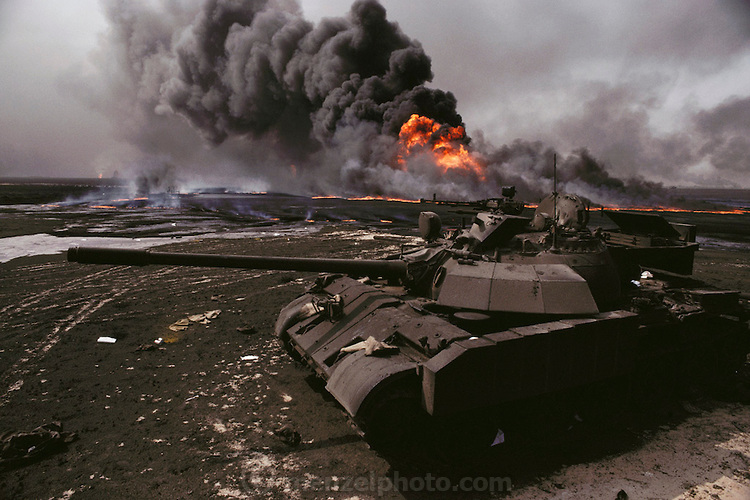 Got pics of some new non-mentioned iraqi stuff aswell

Why isn't it on fire too? That's how most their tanks end up.

Its nothing compared to all that precious, mideastern oil burned in Kuwait

Seriously though, in about 40 Enigma images i have seen, there was not a one totally destroyed Enigma, as with turret blown off/burned out.

To begin with an iraqi T-55 with IR-Illuminator. 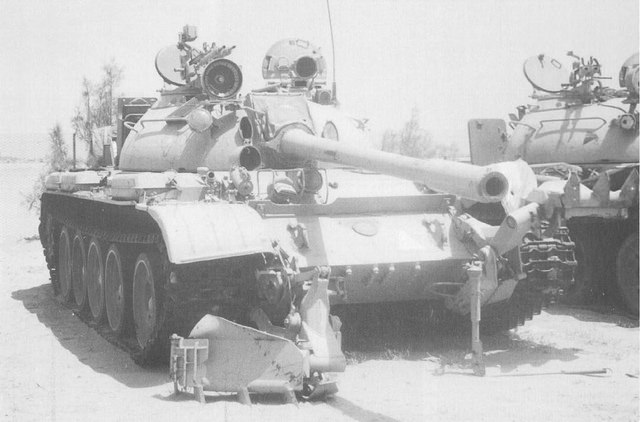 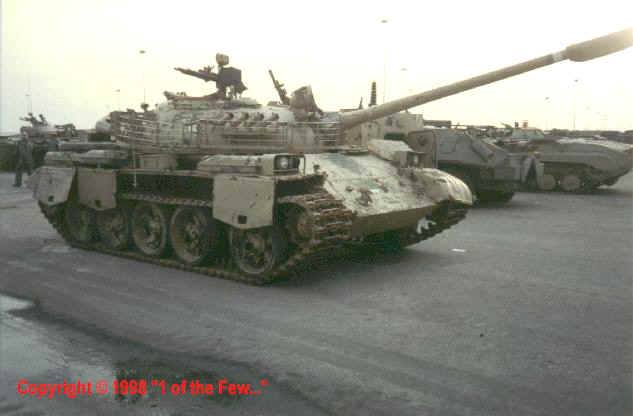 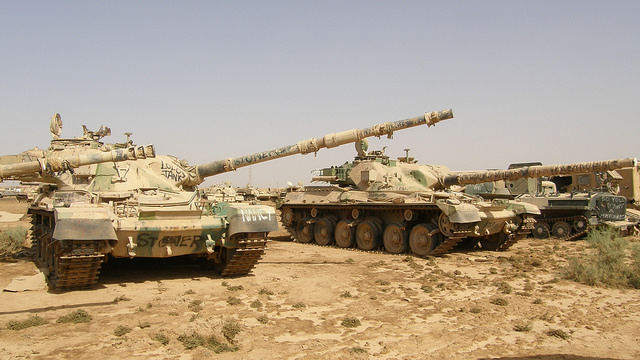 Sherman Jumbo(?) together with BMD-1. 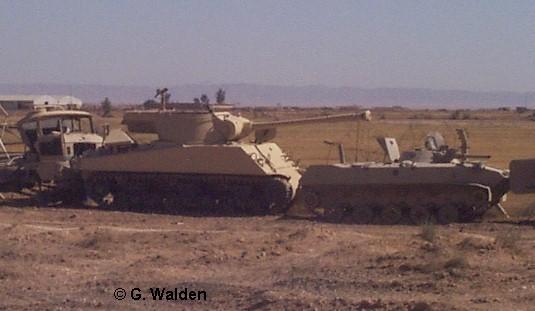 This is an M36B1. You have the characteristic Sherman hull. Interestingly enough this one uses the later A1 variant of the M3 90mm gun with a muzzle brake.

Back with another batch of iraqi hardware 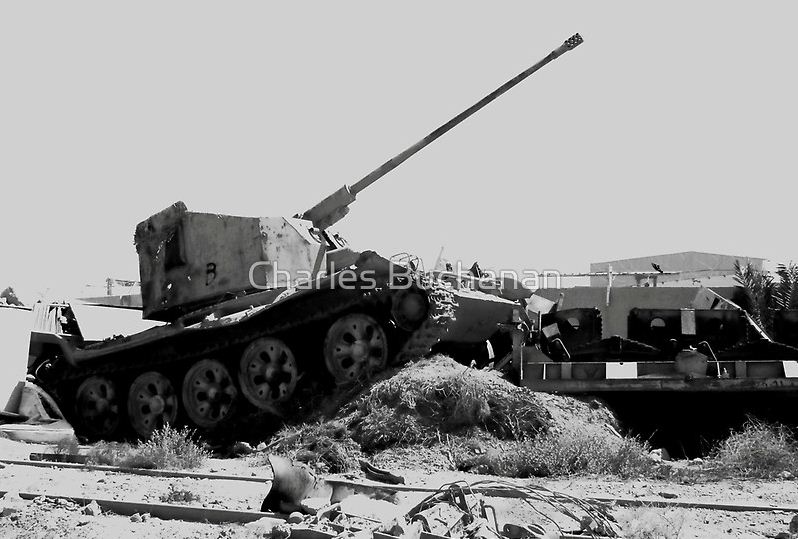 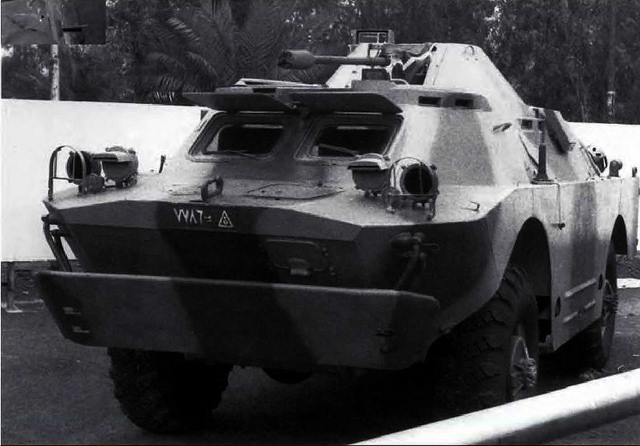 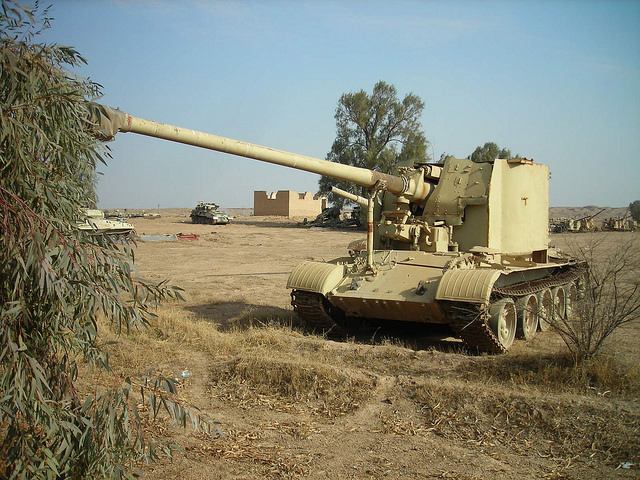 Cause Iraq is somewhat rich on awesome artillery systems of every type it could be introduced as fire support vehicle.

Last but the most interesting piece is this destroyed iraqi T-55 with rocket launcher on top. 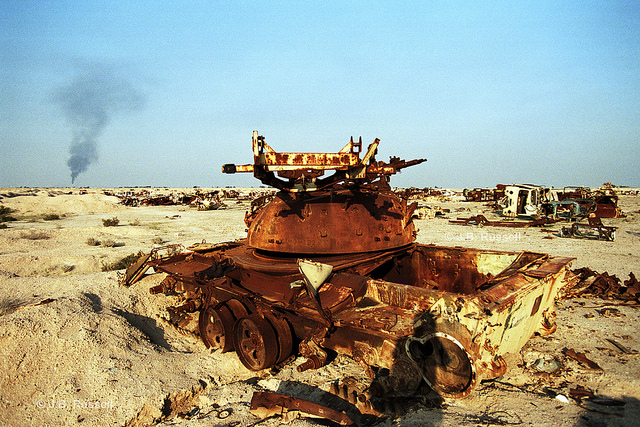 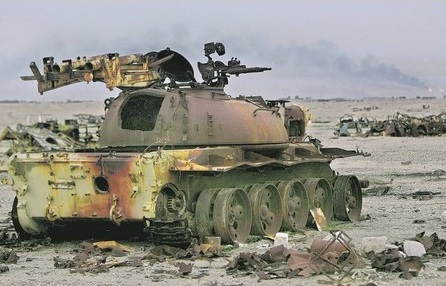 On the second pic we can see 2 launch tubes remaining on the mount. I suppose its most likely short range MLRS. Way more powerful than soviet T-62 Afghanski with UB-32

However, it could be Konkurs launch platform from 9P148 (BRDM-2 Konkurs), Iraq had small amount of them before Gulf War. Thoughts welcomed.

I wrote earlier how Yugoslavia got a number of Iraqi MiG-23s and MiG-21s for overhauling and modernization, and some were even evaluated in Yugo colors.

This is one interesting plane that came along with them. Black 2326, with apparent two aerial victories over Iran.

It still resides within now-Serbia, as Iraq doesn't want to pay for the overhaul, nor the 26 years of their storage. An interesting, historical bird.

Additionally EMB 312 Tucano were in use.

The P-51 called, it wants its body back!

Unlike PC-7, PC-9 is not known to have been fitted for combat missions. PC-7 was used in Iraq-Iran War versus infantry and engaging iranian helicopters. Also it was delivered to Iraq from 1980 not from 1984 as previously stated.

Users browsing this forum: No registered users and 26 guests