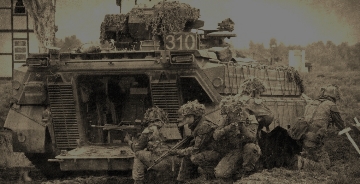 Have to say they all look awesome, especially this Mechanized! 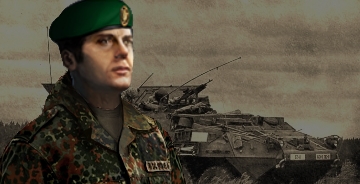 Bryan wrote:Long as the nations in question do not rely on the Prototypes to be viable.

They'll just add to doctrines that were generally growing at the end of the cold war; in the US that's motorized infantry. In Germany and France it's attack helicopters, etc.

Adding more options to pretend and roleplay things that could have really happened rather than just what did, so you can play realistic TOE and you won't be to hampered by it. Leopard 2A4's for Sweden might be really tempting though. 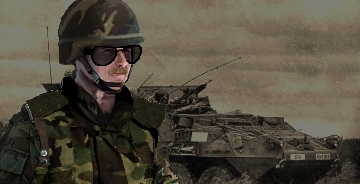 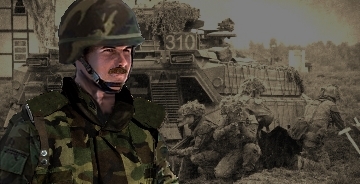 Will only come in Bradley's and be a 6 man squad. 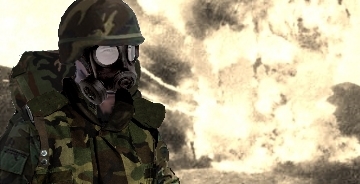 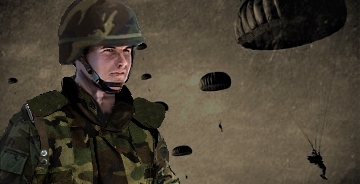 
Now units will all be 90's standard and represent units and their doctrinal transport capacity. So a great example is the Motorized Infantry vs the Mechanized. Motorized will almost always bring more infantry per squad and more infantry-based firepower, but the vehicles won't have as much organic firepower as their mechanized counterparts.

So while US Motorized and US Mechanized will be the exact same squad. M16, AT4, M249; one has 8 men and the other 6 men. The Bradleys are armored and heavily armed. The ICV's are lightly armored and lightly armed, but other mobility and a few extra grunts.

This means deck selection opens up a lot of distinct types of infantry and their respective trade-off's in structure.
Top

I assume your M1126 ICV will be a reskinned Bison?
I enjoyed the ALB version of this mod, am anticipating what you'll do with RD!
"The Nazis entered this war under the rather childish delusion that they were going to bomb everybody else, and nobody was going to bomb them [. . .] They sowed the wind, and now, they are going to reap the whirlwind."
Top

Wow, just wow. You got some big plans. I'm looking forward to seeing the final version.

TankHunter wrote:I assume your M1126 ICV will be a reskinned Bison?
I enjoyed the ALB version of this mod, am anticipating what you'll do with RD!

The US will have basic variants of them acquired for just their motorized deck; they'll be the basic LAV-III / Bison variants already ingame, but with access only to Motorized Infantry (they're not shock like Canadian paratroopers or etc.)

So the mod will envision a 9th ID that was equipped with a unit to DOD's standards for a wheeled transport following the display of the LAV-25 in Panama with cool "If the Stryker concept was a. employed during the cold war and b. according to the original standards".

For example Panzergrenadiers in Marders will be 6 men, but Jagers in Fuchs will be 11 men. The same organizational concepts and unit cards will be enjoyed by them as well. Same for new nations.

An example maybe Leopard 2A4's for Sweden maybe M1A1 AIM for Australia. The big thing is deciding what fantasy units make the most sense in the same accelerated timeline that gives T-90's to North Korea, BTR-T's to Soviets, and Eurofighter / Rafale to the Europeans. 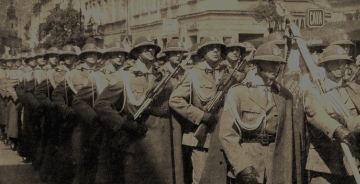 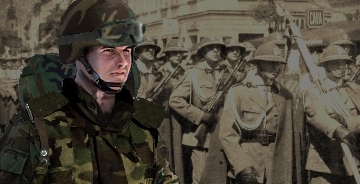 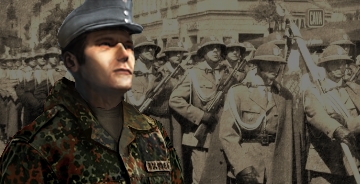 May I ask what kind of availability scheme you plan?

Spoiler : :
“Even though I walk
through the darkest valley,
I will fear no evil,
for you are with me;
your rod and your staff,
they comfort me."
Top

Dunno if I missed it but will there be motorised infantry in squad trucks? I.e. UNIMOG? An advantage would be that they come in higher numbers per squad due to more room.

Also, feel free to PM me on Australian things.
Top

This looks epic. Will you aim to do all nations? I assume US will be first.

How can someone with no coding and modelling ability help?

Do you have a road map in mind for what nations you will visit first?

Any questions about UK stuff then let me know

.... Or naval stuff if you decide to visit that.

Countess Bathory wrote:^Woah, did you really develop Blitzkrieg for CoH?

My friends and I played that mod to death...we all agree it's one of the best games ever.

Well, the founder was Xalibur, but i know him personally and i also coded and was main tester and leading for the path the mod took, especially in terms of balancing.

So that is the reason why i want an "enhancement mod" and no complete new setting or total conversion mod.

I'm with Countess. That mod was epic! Thanks for that. Slightly off topic, was the nhc mod related to the blitzkrieg one at all? It had many similarities.

Back on topic, like I said on the ALB version, can you keep the normal version of Conquest along with the modded one in the game? I personally prefer it, but loved the modded units.

To buff national decks a little bit more, what about removing Prototypes from Coalitions or only access to Prototypes from one "Lead Nation". I think e.g. Eurokorps is strong enough with access to both units even without prototypes. So no prototypes and Eurokorps would still be enough. Leopard 2A4 together with Legion is kinda potent so their is no need for a Leclerc or a Leopard 2A5, those should be restricted to national Decks only or you only have access to 1 from those two tanks. Leclerc or Leopard 2A5. Opinions about it?

I like this idea. I was hoping when the coalitions were added they'd ditch NATO/Pact mixed, but obviously not. Non prototyping coalitions should help a lot with national pride.

Maybe even adding a negative availability bonus to coalitions would help. Like -10% availability. Just a thought.

This scapegoat that is coalitions needs to fall. True balance will become reality!