I agree with Blurrrr on most of his points.

I like delving into the base management parts a bit more than Generals did; and multiple resources CAN work ok as long as the process for collecting and storing is far more streamlined that it is now.

Generals was a true Action RTS, building tanks and fighting with them was FAR more important than anything else.

All types of traditional RTS games do however have base building, resource management, production, and combat. It's just to what degree to you focus on each part.
Top

bluuurrrr wrote:Generals was far easier to pick up and play than AoA in its current form will ever be. That's the difference between 3+ million sales compared to 700k in sales. And if you don't think the bottom line doesn't count in this business - you are delusional.

I understand most of your points, but please stop talking numbers.
You compare AoA to Generals and yet you compare AoW numbers to Generals, it doesn't really make sense, especially when AoW was pretty close to Generals in terms of mechanics.
Added to that AoW was a great game, with great scores and the sale difference doesn't come as much from game quality as it comes from marketing (EA vs Atari) and brand recognition (C&C vs new game).
Whatever happened C&C had much more chance to outsell AoW.

Coming back on the different points you make, I do understand them, but just as some people wished this was a wargame 4, you seem to wish it where a Generals 2.
Yes the devs talked about the game and praised it, it doesn't mean they don't want to try something a bit different.

No the game isn't in a perfect state, some things need imporvement and/or simplification as you point out, but asking for a carbon copy of General's mechanics and pace would make it a bland copy. I'd much prefer the game take it's own path, inspired by the "golden age of RTS" but with it's own twists.
Clan LVA - http://www.legiova.com
Youtube - http://www.youtube.com/user/Selk4res
Top

Selkares wrote:No the game isn't in a perfect state, some things need imporvement and/or simplification as you point out, but asking for a carbon copy of General's mechanics and pace would make it a huge success.

Quote I keep coming back to in regards to what Eugen has done with AoA.
"they need to figure out which mechanics are actually fun, and which are there for the sake of it"

They changed far too much for the sake of change... and none of it is really fun. That's the problem. The solution is simple - Generals was fun... for a lot of people. Figure out why it was fun and do that. I can tell you an overly complex resourcing system on large maps for a game concentrating on base building is not it.
Top

it's funny too - if you look at the AoA website : http://www.actofaggression-game.com/en/game/battle

they are strictly marketing the ACTION part of the game, the tank fights, because they know that is what sells. Yet when you play the game probably only 5% of your time is devoted to that.
Top

oompah wrote:it's funny too - if you look at the AoA website : http://www.actofaggression-game.com/en/game/battle

they are strictly marketing the ACTION part of the game, the tank fights, because they know that is what sells. Yet when you play the game probably only 5% of your time is devoted to that.

Great observation!
They know the formula. I just do not understand why they did not use.
Top

oompah wrote:it's funny too - if you look at the AoA website : http://www.actofaggression-game.com/en/game/battle

they are strictly marketing the ACTION part of the game, the tank fights, because they know that is what sells. Yet when you play the game probably only 5% of your time is devoted to that.

Great observation!
They know the formula. I just do not understand why they did not use.

Of course they promote the action, why shouldn't they?
But have you also noticed every single action scene is taking place at or around a base? Or that every non-action scene is basically showing off bases?
That is also one of the things Alexis/Eugen said, they like base-building and wanted to push a bit more on that front.

If what you want is an RTS more focused on the action and not on the base building well... go and play any other RTS, we've practically had only that recently (WiC, Etherium, Grey Goo, DoW II, CoH II, R.U.S.E., Wargame). All have had simple (or no) base building mechanics to focus on the combat (be it slow or fast paced), it doesn't hurt to have someone try going a little bit in the other direction.

So we do need to make everything slick and polished, remove the superfluous stuff and improve the good points, but there are actually quite a few people who like a bit more base management. And let's be franc, yes AoA is a bit more complex than C&C Generals on that front but it remains quite simple and nothing as time consuming as AoE or Stronghold.
Clan LVA - http://www.legiova.com
Youtube - http://www.youtube.com/user/Selk4res
Top

building bases is always a fun part of a good RTS imo. I think perhaps AoA needs to streamline the process some and make it more intuitive. If 75% of your time is spend managing a base and 25% doing other tasks then you might have tipped the scales too far... assuming you wish to emulate the success of a game like Generals, which Eugen has clearly mouthed several times that they wish to do.

If they instead wish to create a more sim-like RTS game then they are hitting the nail on the head, but that isn't what they have been saying they want to do.
Top

If you are talking percentage you should also take into account the duration of the game.
If you play a 1vs1 game an get early rushed in your base you have spent 100% of your time building your base. That doesn't mean (specifically) that the game was flawed.
In the beta we played fast game on small map. So the base building (maybe) took more time than you would have wanted. Most of this time may have been in trying to place and turn building, a UI problem that would be fixed.
Now playing a bigger game, the proportion of base building may be reduced. Because once the base is set, its done.

"You're not Stalin, and zone Bravo on Hell's Highway is not your motherland." - TheFluff
Spoiler : For her Majesty! :

Considering this game accommodates for up to 40 people FFA engagements... yes, this beta was a mere sandbox in comparison to the real deal.
Just consider the sheer scale of Wargame maps which are still only 10v10 at most and this game is basically doubling that. 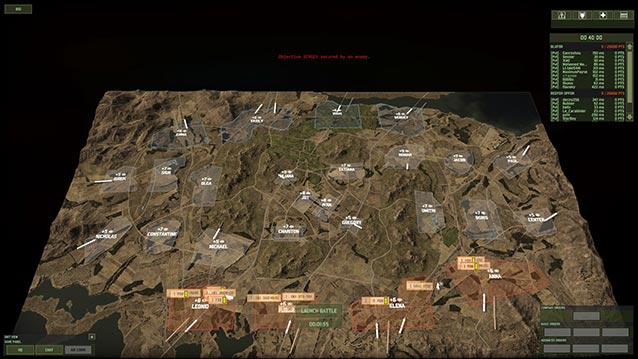