Hello everyone! As you can see, no dev diary today, as we have some important announcement to make. Don't worry, the Dev Diary, about the Real-Time Tactical new features, will be published tomorrow.

The Beta Starts on March 27th
The first phase of the Steel Division 2 Beta, available for every player who pre-purchased the game, will start on March 27th and will be 48 hours long. The beta will then start again for a second 48-hours phase on the following week, and so on until release. We are aiming a total of 5 beta phases.

Each phase of the beta will allow us to gather as much feedback as possible from you. Besides classic bug fixing and optimization, this long beta will help us to improve the game and deliver the best tactical and strategic experience to you at the game's release.

On the first phase, you will have access to:
Every phase of the beta will see new content to discover. Time to update your drivers and make some room on your hard drive!

Releasing the game on May 2nd
As a result, the game will be available on May 2nd instead of April 4th, and owners of any Digital Deluxe Edition (Total Conflict, Commander Deluxe & General Deluxe) will be able to play the game from April 30th.

Delaying a game is never an easy choice, but the producing the best game possible is our main priority, and we feel that your feedback during the Beta will help us achieving this goal.

Steel Division 2 is, in terms of content, a huge, ambitious game. Even in the Standard Edition, the game will feature, at release:

The game is packed with cool new gameplay features, such as the new Defensive Structures, the Commanders, and more unnannounced features (we'll talk about it just below). The content is even bigger if you own Steel Division: Normandy 44, as you will get the Back to War pack for free.

We also have serious post-launch plans for the game, including (besides constant improvement of the game, of course), 10 free DLC (including maps, divisions, aces, camos, and more) releasing during the year after Steel Division 2’s release.

And now: some gameplay!
Spoiler alert: the following content contains some gameplay elements that will be detailed in tomorrow's Dev Diary. You've been warned!

In this video, we are playing a 1v1 Closer Combat Battle against the A.I. on the Orsha North map. The 2nd GuardsTank Corps Battlegroup we are using is very similar to the one we've built on the Deck Builder video, and we're fighting against the 5. Panzerdivision. All this content will be available on the first phase of the Beta.

Even if the video is edited (to make it more digestible), the battle you will see was only played once, we didn't cut it to make it look like the perfectly-executed battle. Some tactical mistakes were made. Some good men died. Damn war.

You will probably notice some minor glitches (one of them being the "shield" appearing on the plane's labels), but they will be fixed before the beta starts on March 27th.

We will keep you posted on the exact Beta start date and on the complete Beta schedule soon, so stay tuned!
Buy Steel Division 2
Top

the video is beautiful but I'm not sure about German units grey color as they're difficult to distinguish.
Jassy-Khisinev offensive and Romania in SD2 thread

steppewolf wrote:the video is beautiful but I'm not sure about German units grey color as they're difficult to distinguish.

Yep, considering the colour scheme of the game (which I like!) grey doesn't seem to be a good choice. If you dont want to turn the germans "allied-blue" then some dark green could work, but in the end: being able to see/identify unit cards at a glance is more important than style.
Top

Really missing the SD 44 UI for SD 2 as well as the a more restrictive phase system so there aren't already 3 Tigers and 4 Panthers that have been on the field by the 15 minute mark. Also what is with the anemic AT gun availability? They are pretty expensive compared to their tank counter parts now and seem just as vulnerable as in SD 44. Also the price compression of everything seems like a bad move, since it makes balancing inherently more difficult because you can't make minor adjustments as easily. Improved LOS looks good though, and the Hybrid Conquest mode seems pretty solid. Overall, not that impressed, it just looks like SD 44 trying to be Wargame, even got an awful Wargame inspired UI. Guess I'll just have to wait for the beta and see if people prove my min-maxing theory about the deck builder correct.
Top

It was clear to everyone how the battles in the game will be played (all as we love). For me the most important thing is what the game will show whether it is dead or alive, this is a multiplreer. If there are dozens of buttons to search for opponents, you will not be able to search for a 4-4 game alone, and everyone will sit in the lobby more than fight, this is a corpse. If there is a game service, with ONE button for the selection of the enemy, with the ability to search for mass battles without having friends, it will be a more lively game than all past games from you. (Take the example of CoH2, the game service is just as important as the geyplay, this is your money and our joy).
Sorry for google translate.
Top

When will you give YOUR Customers what they payed for Month ago ?

This behavior is not verry customer friendly

So many new things and features. I gave up StDV 44 after 10 hours but now I have the feelings I have to try this game.

If Eugen ever considered use the engine creating a new Cold War game similar to WG without the fantasy units and historically and technically accurate DB... 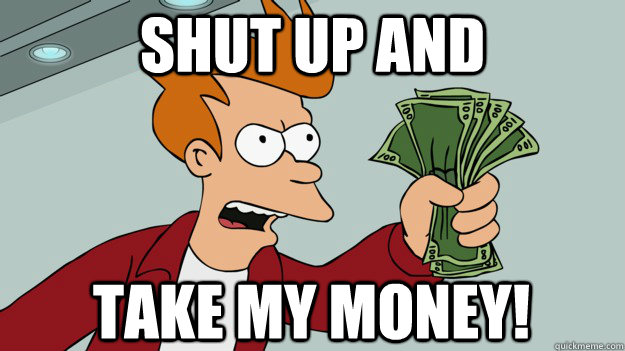