I come before you today seeking help.
For those of you owning SD1, you know that we've reproduced each historical division's unique coat-of-arms, a cool historical feature shared by both sides in Normandy. And while the German divisions in the East are also featuring their unique emblems, such is unfortunately not the case for the Soviets ... and Hungarians.

Therefore, we have chosen to represent Soviet infantry/cavalry divisions with their battle standards, such as this:

By chance, their armored/mobile corps, although they didn't have an official coat-of-arms, used to identify their vehicles with cool tactical markings which we have chosen to use in the same way as the Western nations' emblems:

The problem is ... I can't find all those I need. Especially the following:
* Soviet 29th Tank Corps' one
* Hungarian 1st Cavalry Division
* Hungarian 12th Reserve Division
* ... and regarding the latter, I have also no portrait of its commander, general Béla Németh.

If someone among you happened to know where to find those elements, I'll be very thankful.

29th Tank Corps
http://nasledie-sluck.by/ru/sluchina/114/3543/3632/
Second and 6th photo shows tactical marking of 29th. Its "A" fraction stroke 3 - most probably its number (may be for third batalion) or maybe letter "З" for "Знаменский" - "Znamenskiy" its honorable Corps title given 1943, for liberation of city "Znamenka"

Not as good as from other Corps, but still.

47andrej wrote:Not as good as from other Corps, but still. 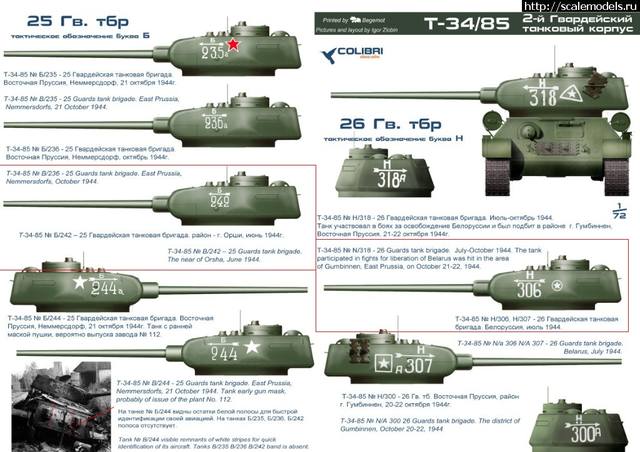 I also found the banner of the 9th Guards Kuban Cossack Cavalry Division.

It is written in the upper part of the "Death to the German invaders", and in the lower part is the "9th Guards Kuban Cossack Cavalry Division"
Top

On the reverse side is written "For our Soviet Motherland" USSR.
Top

There was no general designation of the 29th such corps on the vehicle, like other corps, but there were designations of the brigades that fought as part of the corps. According to this, if you want to know what emblems to put on the hull technique, find out which teams fought in the hull. And as the emblem of the hull, I think you have come up with the right idea to use the banner. By the way, as the corps received awards, images of these awards were added from top to bottom on the banner. For example, the ordin of Lenin, the ordin of Suvorov. For example, the 29th tank corps at the time of operation "Bagration" had the following awards: the Order of Lenin, the Order of the Red Banner, the Order of Suvorov, 2 degrees. I did about photoshop, as it usually seemed. 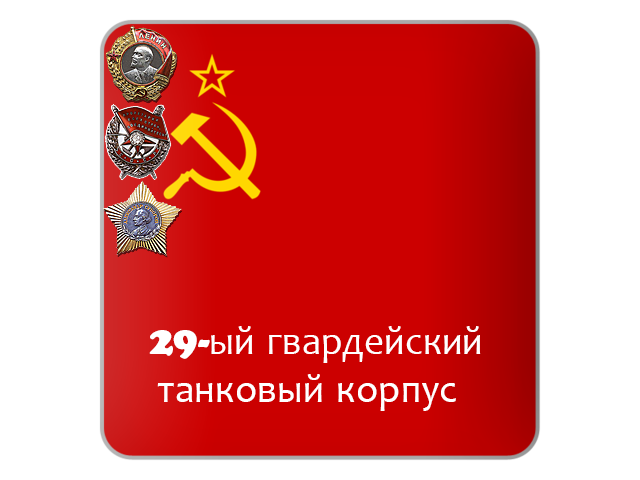 Sorry for my English, if something is written incorrectly)

Well, the hammer and sickle should be inside the star, but I did not have time to do it, sorry) This is just a schematic illustration.
Top

I knew about the 2nd Guards Tank Corps' "arrow" symbol, but it is strange that it appears also on the 29GT.
It is noted here:

Or would the arrow be generic to all/several tank corps?

I know this website, it's been my main source of Soviet markings ...

"The grass is always greener on the other side".
Top
Post Reply
22 posts