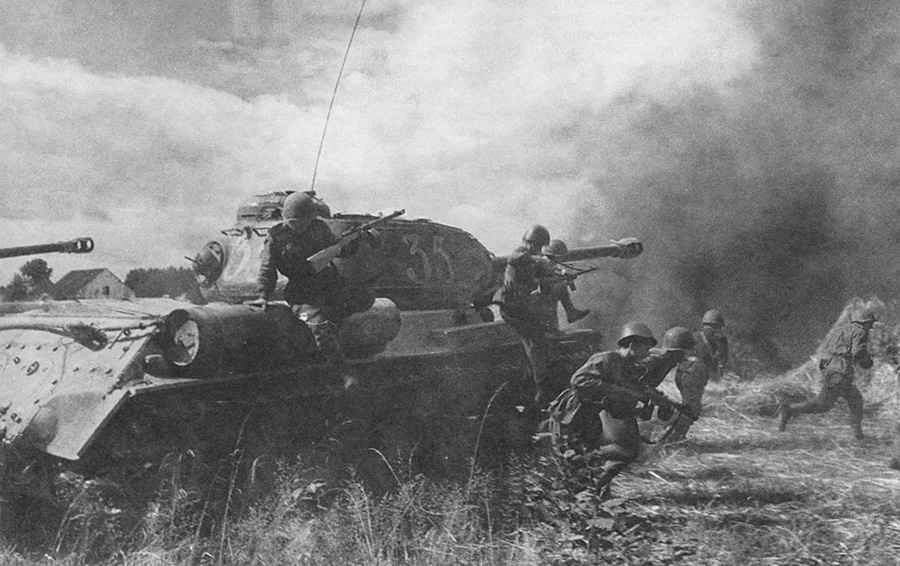 The purpose of this thread is to discuss the high-end Soviet heavy tank IS-2, its historical aspects and how it is represented in game. While I understand that the game is currently in beta state and the stats aren't final, I still hope to influence the stat changes with this thread.
I'll try to break in multiple points the aspects of the ingame IS-2 that in my opinion are historically inaccurate.

Currently, the IS-2 has 30% accuracy in game which is unreasonably low. In reality, D-25T gun had a pretty low dispersion which was comparable to the German 88 L/71 even, this is very well illustrated in this article https://tankarchives.blogspot.com/2013/02/accuracy.html. At the range of 1900 meters, D-25T only had a dispersion of 120cm.
To illustrate, here's a 2.5m x 2m target (typical tank target) put over the D-25T dispersion at that range. 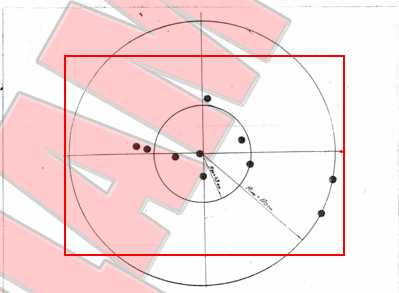 As you can see, all the shots are pretty much on target, so the dispersion isn't something that should result in low accuracy.

IS-2's accuracy tested in combat conditions was also quite good according to this article https://tankarchives.blogspot.com/2013/03/combat-accuracy-of-is-2.html.

My suggestion would be to bring IS-2s accuracy to 40-45% as there's no real reason for it to have such low accuracy. Moreover, low accuracy coupled with low RoF penalizes the IS-2 greatly in its gun capabilities.

Both IS-2s, obr 43 and obr 44 have DShKs mounted on the top turret. This isn't exactly historically accurate. According to Yuri Pasholok's article https://warspot.ru/12831-malaya-modernizatsiya-bolshogo-tanka IS-2s only started getting roof mounted DShK MG starting from November 1944 (USSR MoD statement to begin mounting DShK MGs on IS tanks was given in October 1944)

Further changes in the design of the vehicle were mostly insignificant, but in November there appeared a very significant innovation. On October 14, 1944, Stalin signed the decree of the State Defense Committee No. 623CC "On the installation of large-caliber anti-aircraft guns on the self-propelled artillery and IS tanks." In November, the first 25 IS-2 received anti-aircraft installations of DShK machine gun. For the first time, the anti-aircraft gun was tested at the beginning of 1944 on an experimental tank Object 244 (Object 237 with an 85-mm cannon D-5T-85BM), but that design was too cumbersome. The new installation came out much more successful and compact.

By the time IS tanks started getting DShK MGs, Operation Bagration was over.

Current ratio of 8 AP rounds compared to 20 HE rounds feels way too low considering that the HE rounds don't seem to be very good (only 2 damage and 10% accuracy according to game stats). Soviet tank crew were taught to modify the combat load depending on who they were expecting to engage, considering that most of times we have tank vs tank engagements in game, I think it's better to give the IS-2 50/50 AP/HE ratio (14 AP/14 HE).

According to the game stats, IS-2 obr. 44 has 180mm frontal armor which is only a 20mm improvement over IS-2 obr. 43. I'm not exactly sure how the armor system works at the moment, but that armor increase is too low compared to what was historically done. Basically, the entire frontal hull was reworked: upper front piece was straightened and given either 100mm (cast hull) or 90mm thickness (welded hull), LFP was also thickened to 130mm. The 100mm UFP with cast hull was proven to be resistant to German 88 L/71 AP round at almost point blank distance, while the 90mm UFP with welded hull could not be penetrated from the distance of 300-400m. The one we have in game is the cast hull IS-2 obr. 44, looking at the model.

Make sure to check out Yuri Pasholok's article https://warspot.ru/12831-malaya-modernizatsiya-bolshogo-tanka which has a more detailed information on the matter.

It is worth noting, that IS-2 obr. 44 was the only serially produced allied tank that was capable of withstanding 88 L/71 at all combat ranges.

100% agree about the ammo load. And it should be applied to the T34/85 as well. Sure, soviet crew might have mostly loaded HE at this point historically, but that because there were very few panzer formations left.

If the Germans get to throw out more tanks than they should have had, Soviets should get enough AP loaded to fight them.
Top

I do agree with OP about accuracy, DSHK and ammo loadout , good read BTW.

2.DSHK should be removed, I agree.

3.The frontal armor of 180mm is Okay, the IS-2 mod1944 got its mantelt(100mm) enlarged to cover the right front, but the left front is left for plain 100mm, the left turret front is its weakness(plus the drivers hatch)
Spoiler : :

4. The best ammo loadout for JS-2 is ironically, the beute JS-2 which has whopping 18AP 10HE, eugen is expecting soviet players using common historical load out to fight against German hypothetical panzer divisions, all ammo loadout should be changed for soviet tanks.
(please don't give us the wehraboo meme about JS-2 is and only designed for bunker busting)

BTw it looks like an interesting feature - select AP/HE load before the battle.
Top

I always thought that the Soviets use HE most of the time because unless they fought against an entire Panther/Tiger division, the HE was more than suited for IS-2's engagements because smaller tanks would simply crack under the stress of the 122mm HE's explosive.

Grabbed_by_the_Spets wrote:the HE was more than suited for IS-2's engagements because smaller tanks would simply crack under the stress of the 122mm HE's explosive.

Even the biggest German beasts would have hard time resisting the 122mm HE, as seen here (KT upper front plate vs 122mm HE) 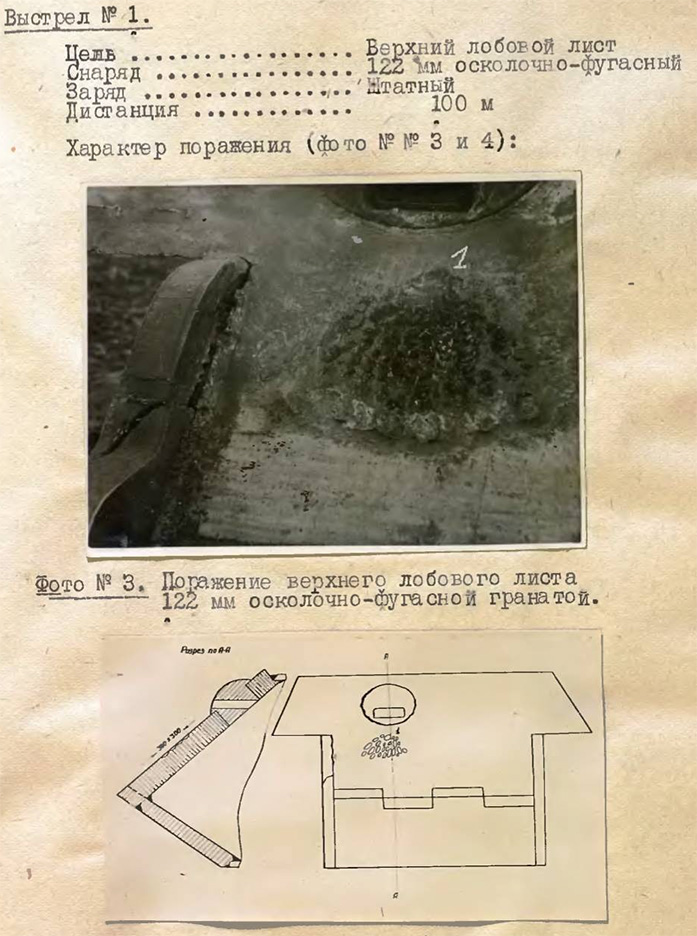 This led to cracks of the weld seam between UFP and side armor plate. 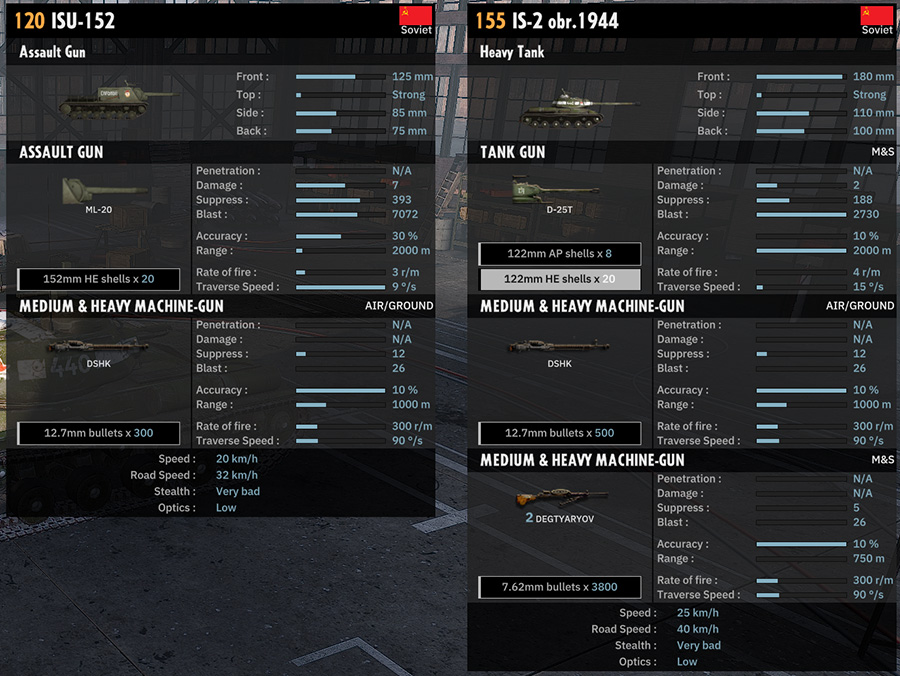 I forgot to mention that IS-2 obr. 1943 still has a too high rated frontal armor. In reality, the frontal hull could be penetrated by Panther's main gun from most combat ranges. 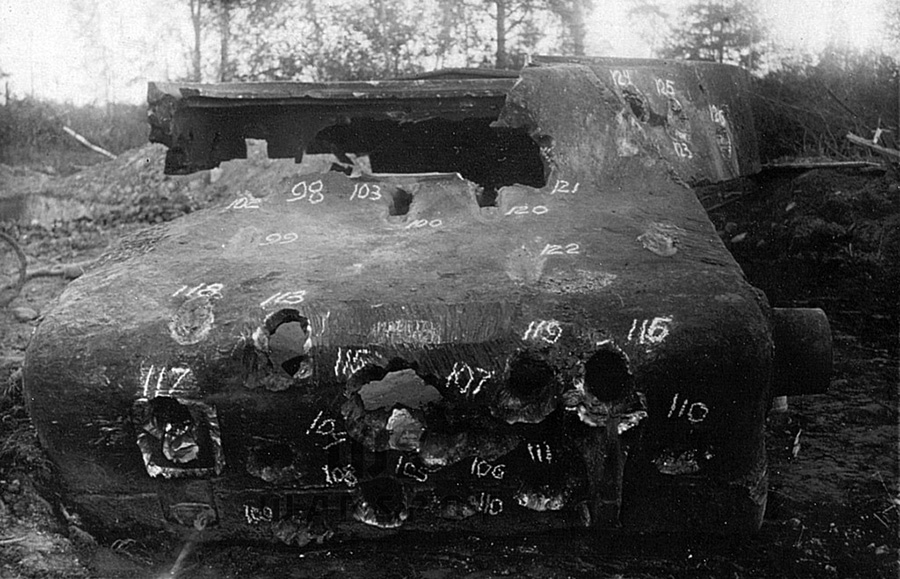 Yeah, the old whreaboo wet dream of "Every tank was a Panther/Tiger" is in full force in this game. I loved that that was shut down in SD:1 and that large cats were supplementary at best.

Assault guns are all over the place. ISU-152 has the same gun stats as the ML-20, but the SU-122 doesn't have the same as the M-30. If there was a SU-76 in the support section it would probably also only have 1 HE instead of the 3 HE that the ZiS-3 normally has. I hope some sort of logic will be introduced to this.