by DVILLARS
In Berezina campaign with the map krupki we have no replay !

Steps to reproduce:
Result: Camera is pushed back up.

If the process is done slowly. I.e.: I zoom in, then wait, then adjust the camera, the angle will hold as expected.

I have sent 3 different posts on this forum and two havent been allowed and the third they think I am a BOT.
.

by jsimbo1
I dont know if this is a bug, it feels like it should be. i worry it is 'deliberate'.

I am a long time wargame series player. i just got around to trying army general mode. oh my god it is what i have always wanted!

- was my first thought.

The actual consequences of battles, no more 'losing 99% of men is fine as long as you win'. no more always even battles, a real variety of battles with different, limited unit compositions. real strategy, having to preserve important units etc. all excellent stuff and way better than the wargame solo campaigns which were always a stupid zerg rush by the AI.

Then, i played a few battles and started to notice the maps rotating back, despite being in a totally different area. then again..... then again.

it doesn't matter where on the front line the battle happens, the map is usually the same. its the damn swamp forest again.

I cant play anymore this otherwise wonderful campaign mode, i cannot face defending that bridge again. there are like 30 maps in the skirmish rotation. why is every single battle in general mode on this one ****ing map that i now hate so much.

All the strategic grandeur of this mode, all the variation, all the hisotrical relevance and grand strategy utterly brought to its knees by having to relive this one fight over this one bridge like its some sort of nightmare groundhog day.

Please, please tell me this is a bug and its supposed to load more than one map for forest battles.

please. i cant do it again. *sobs quietly*

Came across a woefully annoying bug lately - a unit doesn't get unstuck after the artillery (probably aircraft too) bombardment.

It happens occasionally, rarely I'd say - but yesterday, in total, I accumulated 2x12 points tank battalions + 5 point inf battalion (+1 enemy art battalion) locked in the Orsha campaign by 11 turn. This is enough to influence the outcome of the campaign and also to drive me nuts

Conditions:
Map: Orsha - for sure. Noticed it on other maps, too, but it was like one inf or art battalion locked on each side per campaign, so it wasn't that much of an issue.
Side: Doesn't matter - both, reds and blues
Multiplayer: yes

Steps to reproduce:
1. Attack any battalion with artillery bombardment

I don't know if it's the right place to report bug, if developpers are actually reading thoses posts, anyway i'll try here !

This is not a gameplay bug or anything but when i complete the Army General campaign on the Vistula, either on Russian or German side, i don't get any Steam achievement for doing so.

I've done others Army General campaign and did get the appropriate achievement for each mission, until the Vistula, for both German and Russian. Since i'm a Steam achievement hunter, it kinda annoy me a bit, but still not a major bug so not a priority, i don't know if anyone have the same bug.

Anyway, if a dev read this, thanks for your work you've made a really good game that most players enjoy !

by AGnou
On Orsha campaign map, battalion movement projection can be wrong showing unreachable area (like the disconnected one below).

by AGnou
I disorganized an enemy battalion, the AI sent it back on frontline the next turn.

by JoonasTo
The map in the intro to Burning Baltics Army General Campaign is incorrect. Finland/Germany did not occupy the Russian Karelia all the way to the White Sea. I made a rough correction in the image below of where the line should have been drawn. 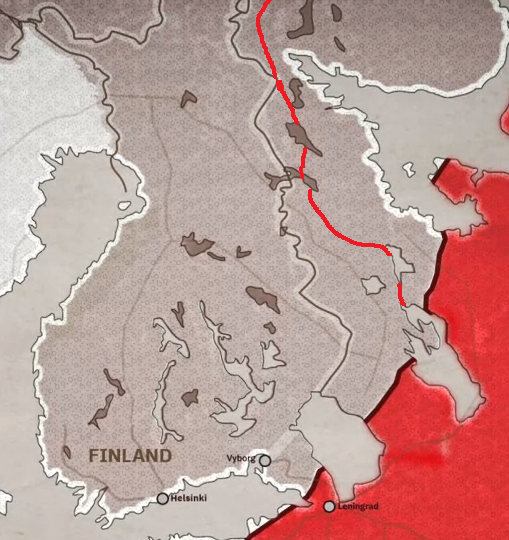