Righto chaps! It's about jolly good time to assemble the finest crack team of British units, to show those damn commies what's what!

I have created the finest list of new British units that should appear in RD, now that the timeframe has been extended to 1995. Spoiler : :
Lynx 3- Gunship- Prototype built 1984, lack of interest. Would have been produced. 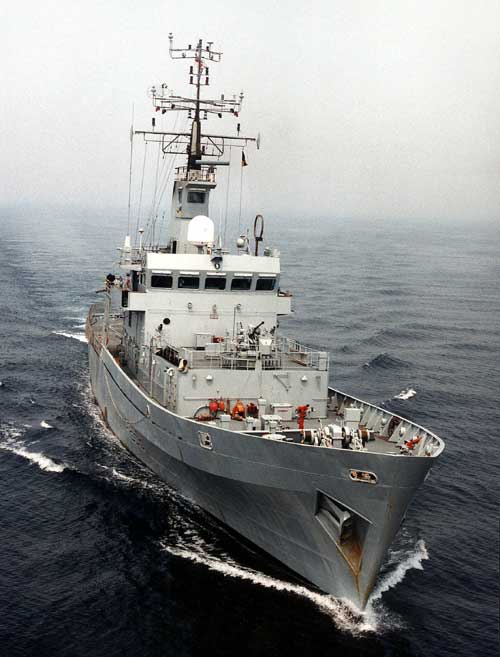 Last edited by Rorschach on Sat 23 Nov 2013 18:16, edited 8 times in total.
A brilliant plan from the dirtiest euro-hippie: get US players to pay me for a game that I then show them how much their military sucks so I can feel better about being a communist.
Top

Was waiting for this thread, expecting trolling to occur soon.

Thought I'd say about the differences of the Challenger 1 marks here, seeing as the game is set in 1991 the Challenger 1 will still be the MBT of the British with a small handful of Challenger 2s as prototypes. The present Challenger in game is the mark 1, introduced in 1981.

1987 you have the Challenger 1 mark 2, which integrated TOGs, allowing greater accuracy and range, the gunnery systems here weren't much different from the one that scored the longest tank to tank kill in history, so when I did the mock up a while ago I gave it more range than other tank guns. It would also be using the depleted uranium shell giving it a higher AP than the mark 1. Here's the joke unit card I made which is totally not OP and filled with nationalism. The final version of the Challenger 1 was the mark 4, but I haven't been able to find any differences between it and the mark 3. I think it was just production methods.


EDIT: Also, the British LAW of the period would be the LAW 80 not the AT 4, which we only ever got in small numbers.
Top

Challenger 2 should make it. It didn't enter service until 1998, but they started to roll off the factory line in 1993. In a WW3 situation there's no way the UK would have neglected to pack their brand new MBT. The Challenger 2 should be present and a prototype. And amazing.
A brilliant plan from the dirtiest euro-hippie: get US players to pay me for a game that I then show them how much their military sucks so I can feel better about being a communist.
Top

Doesn't the Challenger 2 have the same if not better motorization than the M1A1? With "Dame" Helen Mirren on watch, James Bond can go back to primary school ...

GBNATO wrote:Doesn't the Challenger 2 have the same if not better motorization than the M1A1?

Starstreak claimed to be introduced at 1986.... then bit later the alvis platform with it... Oh dearie me.

Lookie here for links about it, and do research in future bit past the wikipedia that tends to list "production" dates to start from first prototype that might not even fly let alone be combat efficient...
http://www.wargame-ee.com/forum/viewtopic.php?f=91&t=33623&hilit=Starstreak&start=10#p291347

But it would make very nice prototype a'la ADATS. After all, 135 systems provided by 1997 doesn't really allow anything else. Oh and before you go "OMFG but manpads were available earlier," well, trust me, just don't.

I never liked the Chally 2 and could never figure out why... Then I realized it's because the smoke launchers on the front of the turret look like the eyes on a potato