I don't know if the devs will see this but I had a gamebreaking bug in Army General, after succesfuly winning a tactical battle in Orsha Campaign, the icons of the division I just attacked it and one of the divisions I attacked with started blinking, as if the game could not decide if it was out of supply or not, I could not do anything, move units or end my turn, and since it has no autosave feature I lost all my progress (this mode can be pretty long as one turn can be a lot of battles of 40 minutes or more) I hate to see this bug happen again since it will stop me from playing the game, its just too much time that I wish I had but I don't.

Creating a thread for reporting bugs in Army General so they can be found and tracked more easily by the dev team.

Copy-pasting/linking the two bug reports I know of: 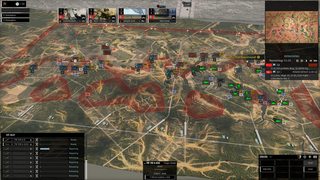 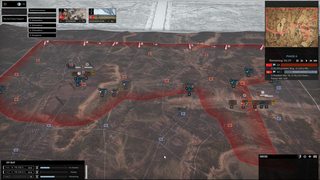 Same bug happened again in my 2nd try of Orsha, Regiments get stuck and cant advance at all this time I added a screenshot so you guys can see. It seems they can't decide if its in the forest or out of supply
Honestly cant play this game until you fix it, guess ill be playing mordhau until then

A little bug and a question :

Question : is it possible to merge diminished battalions ? When they have less 50 réquisition points their battle value is insignifiant. So if we can merge two battalions it Will be possible to create a new task force.
Top


btw, thanks for that my man, still hoping for some response from the dev team
Top

Had an issue last night that cost me a battle that I'm pretty darn sure I would have won.

EDIT: Apparently this always happens in Phase C of Army General battles at the 15 minutes remaining mark. The time remaining to victory/defeat halves. I cant find any suggestion in the manual that this is intended behavior though, so I assume it is a bug since it really doesn't seem to enhance gameplay and just incorrectly displays the expected time remaining beforehand.
Last edited by Guggy on Thu 27 Jun 2019 01:49, edited 1 time in total.
Top

It seems that if we save in tactical battle (with F5) and reload the battle after closing the game, any loses will be keeped.
For example I lost 5 stug while the battle but in strategic map, this stug kompanie is at 100 %.

I have a bug in my Orsha campaign playing as the germans. During the soviet turn I defended once with an entrenched infantry unit and won and now during the same turn the soviets are attacking the same unit again but with different units. However, when I try to engage in tactical, autoresolve or semi autoresolve I get a message saying ''All attackers were intercepted'' and the game returns to the battle preparation screen. I tried to use different units or no additional units but still the same message keeps popping up and there is no way to progress in the campaign.

I keep running into the same problem and it's always in this battle location. The game always crashes and it doesn't matter if I commit 1, 2, or 3 units into the battle. As a result I cannot advance the campaign on Orsha, the very first campaign. I've submitted an error report with the link to this thread so you can see what may be relevant in the error report with the screen. Help this helps.
Top
Post Reply
44 posts

Users browsing this forum: No registered users and 7 guests